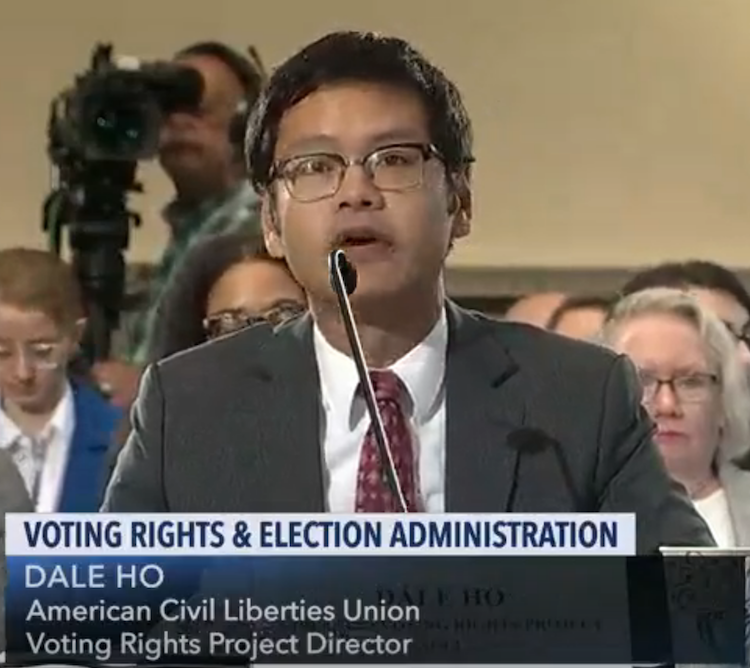 “I know that I’ve crossed the line from time to time,” said Ho, who is director of the Voting Rights Project for the American Civil Liberties Union. “I regret it because I think it’s contributed to the coarseness of our discourse overall.”

Law.com and Reuters have coverage.

Ho is among President Joe Biden’s nominees to the federal bench, nominated for a federal judgeship in the Southern District of New York.

Ho also responded to questions about his comments in a 2013 interview. At that time, Ho said he is a “wild-eyed sort of leftist” who is “accused of sometimes seeing racial discrimination everywhere I look.”

Ho told senators that he was describing how others have characterized him, not how he sees himself. If he is confirmed, he said, he would be “a fair, neutral, impartial arbiter of the law.”

Among those supporting Ho’s nomination are a group of his Yale Law School classmates, who told of his “intelligence, collegiality, temperament and work ethic.” Also supporting Ho are lawyers from 19 law firms, who praised his “compassion and commitment to legal excellence.”