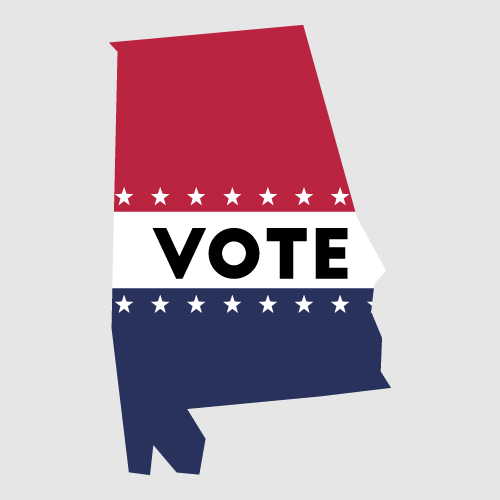 In an amicus brief Monday, the ABA urged the U.S. Supreme Court to affirm that the state of Alabama’s redistricting plan for its seven seats in the U.S. House of Representatives violates Section 2 of the Voting Rights Act.

“A basic tenet of our democracy is that all individuals have an equal voice in electing those who enact and enforce the laws governing our conduct,” the ABA said. “For decades, the VRA has ensured that all Americans—regardless of race—will have that equal voice.

“But adopting Alabama’s position in this case will result in the denial of an equal voice to large numbers of Americans. That denial will both infringe individual rights and create systemic risks for our democracy.”

The ABA filed its amicus brief in Merrill v. Milligan, a case arising from a challenge to Alabama’s congressional election districts, which contain only one majority-Black district even though the state’s voting age population is about 26% Black. The case was consolidated with Merrill v. Caster.

In January, a federal court ordered Alabama to draw a new congressional election map with two majority Black districts after concluding the state’s original plan likely violated Section 2 of the VRA. This provision prohibits voting practices, procedures or standards that result “in a denial or abridgment of the right of any citizen of the United States to vote on account of race or color.”

Alabama sought a stay in the Supreme Court, which voted 5-4 to grant its request in February. Justice Brett M. Kavanaugh voted with the majority and explained his position in a concurrence, which was joined by Justice Samuel A. Alito Jr. He said the stay order “does not make or signal any change to voting rights law.”

“The stay order is not a ruling on the merits, but instead simply stays the district court’s injunction pending a ruling on the merits,” wrote Kavanaugh, who also contended that the order follows Supreme Court precedents that have established federal courts should not inhibit state voting laws before an election.

Chief Justice John G. Roberts Jr., who joined the three liberal justices in opposing the stay, wrote in his dissent that the lower court decision requiring a new map “properly applied existing law in an extensive opinion with no apparent errors for our correction.”

However, Roberts also said the Supreme Court’s 1986 decision in Thornburg v. Gingles—a voting rights case from North Carolina that created the legal framework for assessing vote dilution claims—has resulted in “considerable disagreement and uncertainty regarding the nature and contours” of those claims. Roberts suggested setting the cases for argument in the court’s next term “to resolve the wide range of uncertainties arising under Gingles.”

Justice Elena Kagan wrote a separate dissent that was joined by Justices Stephen G. Breyer and Sonia Sotomayor. She pointed out that the majority decision “does a disservice to the district court, which meticulously applied this court’s longstanding voting-rights precedent.

“And most of all, it does a disservice to Black Alabamians who under that precedent have had their electoral power diminished—in violation of a law this court once knew to buttress all of American democracy.”

The Supreme Court will hear oral argument in Merrill on Oct. 4.

ABA contends Section 2 of the VRA is constitutional

In its amicus brief, the ABA argues that litigants, government officials, lower courts and the Supreme Court have applied the Gingles framework for assessing vote dilution claims under Section 2 of the VRA for nearly four decades.

Under this framework, a minority group must demonstrate it is “large and geographically compact to constitute a majority in a single-member district” and “politically cohesive.” It must also show that the majority group votes effectively to defeat the minority group’s preferred candidate.

“Rather than applying the Gingles test, Alabama would have courts ask one primary question: Is the state’s enacted plan substantially different from a random sample of computer-generated plans drawn according to race-neutral principles?” the ABA wrote in its brief. “Alabama’s proposed test is flawed. It contradicts basic statutory-interpretation principles by imposing a standard that Congress could not have plausibly envisioned in 1982.”

The ABA also contends that Section 2, as it has long been interpreted, is constitutional.

In this case, Alabama raises challenges under the 14th and 15th Amendments—which are both post-Civil War, equal rights measures—and argues that Section 2 may require “replacing neutrally drawn districts with race-based districts.” The ABA says, however, that the core protections of the VRA “are fully consistent with the Constitution and necessary to combat racial discrimination in voting, which still exists today.”

The ABA continues: “In fact, [Section] 2 furthers the aims of the 14th and 15th Amendments; it does not violate those provisions.”

The ABA has long supported the VRA and minority voting rights.

The Standing Committee on Election Law held a symposium during congressional hearings on VRA reauthorization in 1981, according to the association’s brief. In its own report recommending reauthorization, the committee said the VRA has “not only enhanced the political posture of minority groups, but it has also advanced the very ideals that make our country’s governmental system unique in political history.” The ABA reaffirmed its commitment by adopting a policy supporting the VRA’s 25-year extension in 2005.

Additionally, in 2013, after the Supreme Court held in Shelby County v. Holder that Section 4 of the VRA was unconstitutional, the ABA adopted a resolution urging Congress “to act expeditiously to preserve and protect voting rights” by restoring a legislative remedy against racially discriminatory voting laws.

“Given its long support of minority voting rights and the VRA, the ABA has a special interest in this case,” the association said. “Racial discrimination still exists in the electoral process. And [Section] 2 provides a vital means of ensuring equal minority voting participation.”