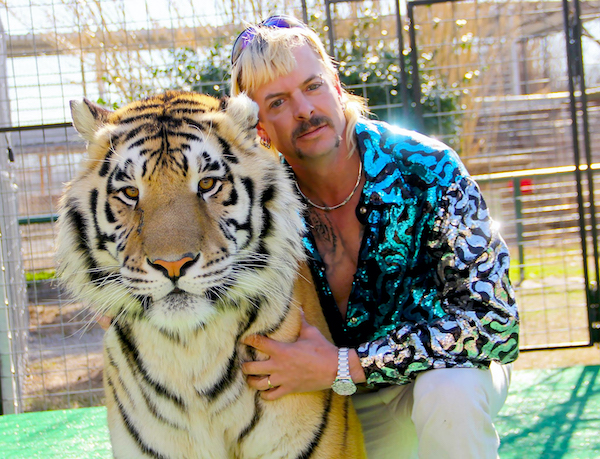 While quarantined with a bout of COVID-19 in her uptown New Orleans home, endangered species protection lawyer Carney Anne Nasser has had plenty to say about the controversy swirling around the Netflix docuseries Tiger King.

The series has captured the imagination of viewers stuck inside during the novel coronavirus pandemic, pitting animal welfare activists such as Nasser against some fans who see the zookeeper as an unlikely folk hero.

A federal judge sentenced Maldonado-Passage earlier this year to 22 years in prison for the murder-for-hire plot against Carole Baskin, the owner of the tiger sanctuary Big Cat Rescue in Tampa, Florida. Baskin has campaigned against the conditions at Maldonado-Passage’s roadside zoo. He was also convicted for falsifying wildlife records and violating the Endangered Species Act by killing five tigers and selling cubs.

Nasser, who is also an animal law professor at the Michigan State University College of Law, was already familiar with Maldonado-Passage before he gained notoriety and Netflix stardom.

She says she informed federal prosecutors when she noticed inconsistencies in paperwork that he had filed to transfer cats, tigers and lions from a now-shuttered facility in Shreveport, Louisiana. That prompted the Department of Justice to open the case that would ultimately convict him, she says. She also knows Baskin through their work together for the Big Cat Sanctuary Alliance.

Tiger King faced criticism for failing to adequately distinguish between Baskin’s sanctuary and Maldonado-Passage’s roadside zoo. Baskin does not breed tigers nor allow visitors to pet them, two outward signs that tigers are being exploited and mistreated, according to Nasser.

“If you talk to Carole or you talk to any other reputable accredited big cat sanctuary, director or founder in the United States and ask them what their No. 1 goal is, it’s to go out of business. But roadside zoos want to stay in business,” says Nasser, who has since recovered from the coronavirus. 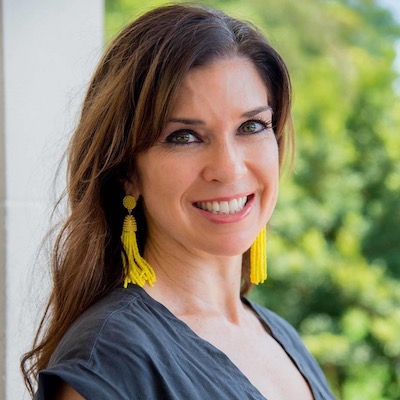 Q. Could you tell us about your work?

A. I’m currently one of [only] four full-time animal law professors in the world. My background is in captive animal protection and the Endangered Species Act, the federal Animal Welfare Act and the Lacey Act [which bans illegal wildlife trafficking].

A lot of the focus of the work that I’ve done is on big cats and the protection of big cats in captivity and in the wild. Joe Exotic was at the top of the list of roadside zoos that have been supplying the exotic pet trade and supplying other roadside zoos with animals for cub petting and photo ops. He was one of the biggest dominoes to fall and certainly one of the primary targets for most animal protection organizations in the United States.

Q. You have said that Tiger King fails to shine a light on the complex legal issues related to wildlife trafficking.

A. Roadside zoos operate like puppy mills for big cats. Female cats are used to breed and spend their lives confined to tiny cages. Their offspring are removed immediately upon birth or shortly thereafter, so that the process can begin again. These are some of the violations of federal law that we saw depicted but not explained in Tiger King. The Tiger King documentary made him [Joe Exotic] out to be a more sympathetic character than he is. He truly is a monster who deserves to be in prison.

Q. There are about 5,000 captive tigers in the U.S. alone, while an estimated 3,900 tigers remain in the wild. Do laws at the state and federal level do enough to protect against violations at roadside zoos?

A. No; existing federal agencies that are meant to be enforcing laws are helping the exploiters more than they’re helping the animals. The U.S. Department of Agriculture certainly has blood on its hands because it had started an enforcement action against Joe; [it] had levied a $20,000 penalty against him several years ago when they suspended his license and said that if he was in violation of the Animal Welfare Act again, that his license would be permanently revoked, and they failed to do that.

And in the interim, countless animals have suffered or been killed, have been sold illegally because of the USDA’s failure to act. [If] the USDA was doing its job and enforcing the Animal Welfare Act, we wouldn’t have cub petting in the United States, and we wouldn’t have puppy-mill-style breeding of tigers. On top of this, we have a patchwork of state laws. In fact, we have four laws [in Nevada, Wisconsin, Alabama and North Carolina] that don’t even have any oversight of the private ownership of tigers and other apex predators or dangerous animals who people want to keep as pets.

In those four states, it may be more onerous to own a dog than to own a tiger. We have a system where there’s very high reward for trafficking these cats and very low risk. People know that if they get caught, typically, they’re going to get a slap on the wrist. A man who was caught trafficking a tiger in from Mexico to San Diego got six months [of] house arrest. That’s nothing.

Q. Baskin has reportedly received death threats since Tiger King started streaming. Have you received any negative feedback for what you’re doing?

A. Yes; this is the life of an animal protection attorney. We’re constantly targeted by people who want to see tigers at gas stations or want to be able to keep a big cat in their backyard. I’ve been the subject of threats and gross unsolicited feedback for a long time. But you can judge the difference you’re making by the enemies that you make.

Q. What should attorneys know?

A. I think a lot of lawyers would be surprised to learn that the American Bar Association passed a resolution encouraging all state, local and territorial governments to prohibit the private ownership of big cats. That resolution was passed [and adopted in February 2015].

Right now, we have an important piece of federal legislation pending called the Big Cat Public Safety Act. It would strike a crushing blow at big cat breeding and dumping [which is the killing of big cats, their transfer to other roadside zoos and the sales to private owners] here in the United States by prohibiting ownership of big cats by anybody who doesn’t have a USDA license. Anybody who has a USDA license would not be allowed to offer any public contact, period, full stop. That’s a critical legal requirement for ending the incentivization for big cat breeding in the United States.

Q. You’ve also been working on a law school seminar about Tiger King. Can you tell us more about that?

A. What I’m envisioning is offering a course that takes students on a journey through all of the legal issues that were involved in Tiger King—the complex web of wildlife trafficking, the Lacey Act, the Captive Wildlife Safety Act and then the interstate transfers and the interplay between state laws and also the Endangered Species Act.

In the Endangered Species Act, citizen suits against certain roadsides zoos—like Dade City’s Wild Things in Florida, like Wildlife In Need in Indiana—we’re seeing that federal judges are expanding this definition of “harass” to include things like forcing tigers to live in substandard enclosures and forcing these complex apex predators to live in cages that are barely bigger than their bodies.

So there’s evolving caselaw on that that’s really worth exploring. Joe Exotic’s case provides an interesting case study for exploring how federal laws will be applied in cases of systematic trafficking of protected animals.

Q. You’ve been critical of the show, but are you glad that it’s given you a platform to talk about the legal issues?

A. I’m very grateful because I was provided an opportunity to talk about the difference between a roadside zoo and a sanctuary. If nothing else, I hope that they never support a facility that is in conflict with their values about how animals and people should be treated.

I’ve been cautioning people who are angry about Tiger King to stop complaining about it and start having conversations that are constructive, so that we can redirect public attention to where it needs to be. That’s ending the cruel exploitation and puppy-mill-style breeding and dumping of tigers in the United States.