A female litigant appeared via video before San Diego County Superior Court Judge Anthony J. Campagna last Friday morning to request civil harassment restraining orders be issued against neighbors she alleged had left her afraid to leave her home for weeks at a time.

In Judge Eddie C. Sturgeon’s courtroom a short time later, two attorneys appeared via Microsoft Teams to set a trial date for a civil case in which the plaintiff alleges a fertility clinic implanted the wrong embryo.

These are two recent examples of the many ways the San Diego Superior Court system has utilized remote hearings amid the COVID-19 pandemic to keep court business moving forward.

Under a bill the California legislature approved unanimously last week, courts across the country’s most populous state would be permitted to continue hosting remote hearings in civil proceedings through July 1, 2023.

While SB 241 still must be signed by Gov. Gavin Newsom to become law, the governor’s signature appears likely given his past support for remote court proceedings. Newsom included language in the 2021-2022 state budget suggesting that remote access should be a basic service rather than “a temporary way to address barriers to the courts during the pandemic.”

Without SB 241, it was uncertain exactly how much longer California courts would have been allowed to conduct remote proceedings.

In April 2020, the Judicial Council of California adopted an emergency rule that permitted courts to require a wide array of judicial proceedings and court operations be conducted remotely. The rule has been scheduled to remain in effect until 90 days after the governor lifts the state of emergency due to COVID-19, or the rule is amended or repealed by the Judicial Council. 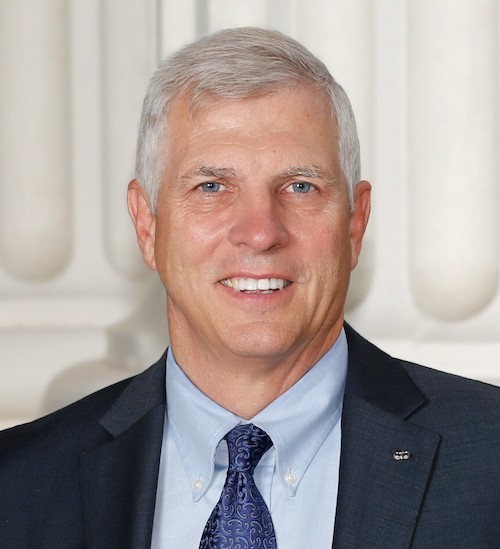 State Sen. Tom Umberg, SB 241’s author, says the legislation was necessary to ensure California’s courts will be able to keep utilizing remote hearings in civil cases beyond the pandemic. He also expresses hope the subsequent data gathered about the impact such proceedings have on consumer access to justice and court efficiency will provide a basis for the legislature to further extend the time in which courts can offer remote hearings—possibly in perpetuity.

Additionally, Umberg highlights that the future of remote court hearings is a topic of interest to states across the country, and he suggests the Golden State’s approach could serve as an example to other jurisdictions.

“I think that this is a national issue, and we in California want to make sure that we are in the lead in terms of access to justice,” says Umberg, a Democrat who chairs the Senate Judiciary Committee.

The California court system’s leadership was among the strongest supporters of the courts being given the blessing of the legislative and executive branches to continue remote hearings beyond the ongoing public health crisis.

The Judicial Council of California’s Ad Hoc Workgroup on Post-Pandemic Initiatives released a report in mid-August recommending courts “expand and maximize remote access on a permanent basis for most proceedings and should not default to pre-pandemic levels of in-person operations.”

“Remote technology increases equity and fairness in our court system by allowing court users more ways to access court services and participate in court proceedings,” California Chief Justice Tani G. Cantil-Sakauye wrote in a cover letter to the report. “Recognizing that remote technology should not replace all in-person court hearings, Californians should have the freedom of choice to conduct their business remotely whenever appropriate.”

Additionally, the Judicial Council’s report says remote hearings have increased the availability of expert and other witness testimony because those participants “do not need to set aside a whole day to travel and appear in court.”

Lorna A. Alksne, the San Diego Superior Court’s presiding judge, says remote hearings also save litigants from having to take time off work to travel to a courthouse and spend money on parking for matters that sometimes only take a few minutes. Given how well such hearings have gone in her county and the funding her court has invested in technology to provide remote access, she supports courts being able to continue offering remote proceedings.

“I think that the sky’s the limit as to what we will do with remote hearings in our county,” Alksne says.

Consumer Attorneys of California, which represents plaintiffs’ lawyers, is another proponent of courts being permitted to utilize remote hearings moving forward. Nancy Drabble, the organization’s CEO, praised the passage of SB 241 as “a significant victory in the fight to improve access to justice” amid the ongoing pandemic and what she called “an unprecedented backlog” in courts.

Meanwhile, the California Court Reporters Association was one of the groups that had been concerned about courts being given the authority to conduct remote hearings for years to come without a thorough evaluation of the pros and cons of such proceedings.

Mike Hensley, the association’s president, says there are instances in which remote hearings have worked well, but there are also plenty of settings in which they have not gone smoothly.

Hearings in which there is an emotionally charged atmosphere, such as juvenile dependency and criminal cases, have presented the most difficulties, he says. This is because parties involved in such proceedings often do not maintain proper decorum and try to speak over one another, which can result in a court reporter not capturing dozens of words central to the matter at hand.

“It becomes very difficult in a remote setting to maintain control and maintain order so that the record can be captured accurately,” Hensley says.

SB 241 says that with limited exceptions, if a court “conducts a trial, in whole or in part, through the use of remote technology, the official reporter or official reporter pro tempore shall be physically present in the courtroom.”

The bill also says a court “shall inform all parties, particularly parties without legal representation, about the potential technological or audibility issues that could arise when using remote technology, which may require a delay of or halt the conference, hearing, proceeding, or trial.” Additionally, the legislation says courts cannot require a party to appear remotely.

Hensley says the CCRA appreciates some of the additional protocols for remote hearings the bill includes, but the association expects “further changes will be necessary in order to fully protect the rights of all litigants equally.”