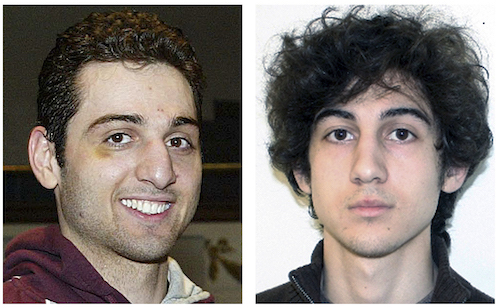 The U.S. Supreme Court on Friday reinstated the death penalty for Dzhokhar Tsarnaev, convicted in the 2013 Boston Marathon bombing that killed three people, wounded 260 others and led to the fatal shooting of a police officer.

The 6-3 majority opinion by Justice Clarence Thomas rejected arguments that the trial judge had erred in two respects.

The first argument was that the judge should have allowed more questioning of potential jurors about what they knew about the case. The second was that the judge should have allowed evidence during the penalty phase that Tsarnaev’s older brother, Tamerlan Tsarnaev, was allegedly involved in a prior triple murder, offered to support Tsarnaev’s contention that his more culpable brother influenced him to commit the bombing.

The 1st U.S. Circuit Court of Appeals at Boston had ruled for Tsarnaev on both issues.

Thomas said the trial court didn’t abuse its discretion by refusing to allow questions about the content and extent of each juror’s media consumption regarding the bombings.

“The court recognized the significant pretrial publicity concerning the bombings and reasonably concluded that the proposed media-content question was ‘unfocused,’ risked producing ‘unmanageable data,’ and would at best shed light on ‘preconceptions’ that other questions already probed,” Thomas wrote.

The older brother died after Tsarnaev ran over him in an SUV during a police shootout after the bombing.

“Dzhokhar Tsarnaev committed heinous crimes,” Thomas wrote. “The Sixth Amendment nonetheless guaranteed him a fair trial before an impartial jury. He received one.”

Justice Stephen G. Breyer dissented in an opinion mostly joined by Justices Sonia Sotomayor and Elena Kagan. He argued that evidence of Tamerlan Tsarnaev’s involvement in the triple murders should have been allowed, calling it “critically important to Dzhokhar’s mitigation defense.”

Sotomayor and Kagan did not join a section of Breyer’s opinion referring to his past decision arguing that the death penalty is likely unconstitutional.

ABA Journal: “Judy Clarke has a knack for keeping her notorious clients off death row”