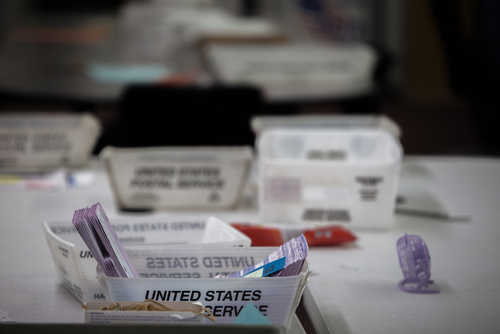 A Missouri man has been charged for threatening an election official in Maricopa County, Arizona, the U.S. Department of Justice announced Wednesday.

According to a summary of the indictment, Walter Lee Hoornstra, 50, of Tecumseh, Missouri, allegedly left a voicemail on the personal cellphone of an election official in the Maricopa County recorder’s office in May 2021, saying, in part: “You need to check yourself. You need to do your [expletive] job right because other people from other states are watching your ass. You [expletive] renege on this deal or give them any more troubles, your ass will never make it to your next little board meeting.”

Hoornstra is charged with one count of communicating an interstate threat and one count of making a threatening telephone call.

Reuters, in its coverage of the case, reports that it marks the sixth time that federal criminal charges have been brought to curb the increase in threats against election workers.

“These unlawful threats of violence endanger election officials, undermine our electoral process and threaten our democracy,” said Assistant Attorney General Kenneth A. Polite Jr. of the DOJ’s Criminal Division in a news release. “The department’s Election Threats Task Force, working with our partners across the country, remains committed to investigating and prosecuting such illegal threats to ensure that these public servants are able to do their jobs free from intimidation.”

The DOJ’s Election Threats Task Force has investigated more than 1,000 people who were reported for hostile behavior or harassment since its inception, Reuters also reports.

Earlier this month, the ABA House of Delegates approved a measure combating election misinformation and disinformation and protecting the personal security of election administrators and voters at the 2022 ABA Annual Meeting.

Resolution 602 adopts the revised ABA Election Administration Guidelines and Commentary and urges all election officials to ensure the integrity of the voting process through the adoption, use and enforcement of these guidelines.

The guidelines include a new section on personal security to address the issue of rising threats against election workers.