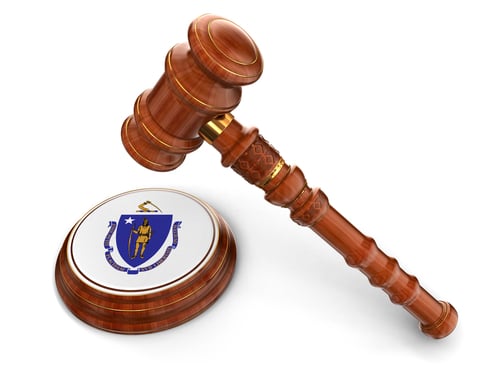 The top court in Massachusetts on Tuesday refused to dismiss a lawsuit contending that the Exxon Mobil Corp. misled consumers and investors about the impact of climate change.

The Massachusetts Supreme Judicial Court ruled that the Exxon Mobil Corp. couldn’t get the case dismissed under the state’s anti-SLAPP statute, which allows early dismissal of lawsuits filed against people who exercise their constitutional “right of petition.”

SLAPP is an acronym for strategic litigation against public participation. The Massachusetts law defines petitioning as statements made to any legislative, executive or judicial body in connection with an issue under consideration. The state law was originally drafted for the particular purpose of discouraging developers from suing those who object to their projects in the permitting process, the court said.

Exxon tried to use the law to win dismissal of a suit filed by Massachusetts Attorney General Maura Healey. Her civil enforcement suit contends that Exxon misled consumers when it marketed its products as environmentally friendly and misled investors by downplaying how climate change could affect its business.

Exxon contended that its statements were motivated by its petitioning activity, and the statements are protected under the law.

The Massachusetts Supreme Judicial Court concluded that Exxon can’t use the anti-SLAPP law because it doesn’t apply to civil enforcement actions by the attorney general.

“Construing the anti-SLAPP statute to apply to the attorney general would place significant roadblocks to the enforcement of the commonwealth’s laws,” the court said in a May 24 opinion by Massachusetts Supreme Judicial Court Justice Scott L. Kafker.

The court also noted an additional protection for those targeted by the government for their exercise of free speech—the First Amendment.

Hat tip to Law360, Reuters and the Associated Press, which had coverage of the decision.