GEICO gets chance to fight $5.2M award for STD contracted in insured car 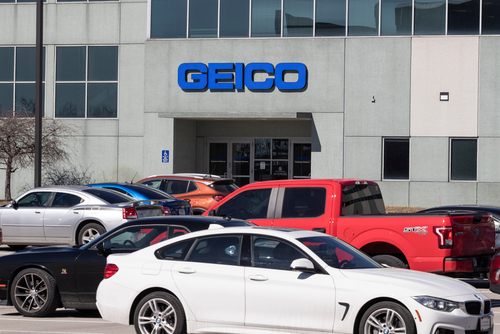 The GEICO General Insurance Co. should have been given a chance to intervene before a trial judge confirmed a $5.2 million arbitration award to a woman who contracted a sexually transmitted disease during car sex, the Missouri Supreme Court has ruled.

The state supreme court ruled for GEICO in a Jan. 10 opinion.

The woman, identified as M.O. in the litigation, said she was infected with human papillomavirus in November 2017 and early December 2017 during car sex in Jackson County, Missouri. The woman’s sexual partner, whose car was insured by GEICO, had been told that his throat cancer tumor was HPV positive, but he did not disclose the diagnosis, according to prior coverage of the case.

M.O. had offered to settle her claim for $1 million, the policy limit, before arbitration. GEICO said its policy did not provide coverage because the damages claimed didn’t arise from the normal use of the vehicle. It denied coverage and refused to defend its insured.

The woman and her sexual partner, M.B., had agreed to submit the matter to arbitration, and that any award would be paid by M.B.’s insurers, rather than M.B. They did not tell GEICO about the agreement at that time.

The woman did notify GEICO about the agreement after receiving the $5.2 million arbitration award. But she did not tell GEICO about the judgment or that the arbitration had concluded. She then filed a petition to affirm the damages in court, which GEICO discovered by monitoring Missouri’s case management system.

The Missouri Supreme Court said state law provided that insurance companies have a right to intervene in a pending lawsuit within 30 days of receiving notice of an agreement involving a tort defendant. The trial judge did not follow the law, even though GEICO filed the motion to intervene on time, the state supreme court said.

Because GEICO didn’t get a chance to intervene before judgment was entered, the judgment must be vacated and the case must be remanded, the state supreme court said.

A separate federal case in which GEICO sought a declaratory judgment that its policy doesn’t cover M.O.’s injuries has been transferred to the U.S. District Court for the Western District of Missouri. The insured filed a counterclaim for payment of defense costs and a motion for summary judgment Aug. 31, 2022.

Hat tip to the Associated Press, which covered the ruling.