How are things working out for 3 Utah law grads seeking diploma privilege?

Prior to this summer, Chase Wilde didn’t know how to file a court appearance. Thanks to the supervised practice requirement in the Utah Supreme Court’s temporary order for diploma privilege, he does now.

“For a seasoned attorney that seems so simple, but I had no idea what that was or what it was supposed to look like,” says Wilde, a 2020 graduate of the University of Utah S.J. Quinney College of Law.

The Utah Supreme Court in April announced it would be allowing diploma privilege due to the coronavirus pandemic. Besides completing 360 hours of supervised practice, the temporary order requires that candidates graduate from ABA-accredited law schools with first-time bar passage rates of at least 86% and have not previously sat for a bar exam.

According to Joni Dickson Seko, deputy general counsel at the Utah State Bar, 177 candidates have applied for diploma privilege. Twenty-one candidates were approved for August admission, and 42 more are eligible for September admission. Candidates have until December 31 to complete the 360 hours, according to the order.

Wilde finished his hours requirement Aug. 4 and is scheduled to be admitted to the Utah bar in September. His hours included paid work at Kirton McConkie, the Salt Lake City law firm where he clerked, and 101 hours of pro bono representation. His pro bono clients included a single mother who won custody of her children and child support through a default judgement, and defendants in landlord-tenant cases who faced judgements for unpaid rent.

Now clerking for the Utah Court of Appeals, Wilde thinks the legal work was much more practical than anything he did in law school.

“Some of these people didn’t have jobs, one of them was living in their car. Some things we talked about were maybe they should file for bankruptcy or if they were judgment proof,” he adds. 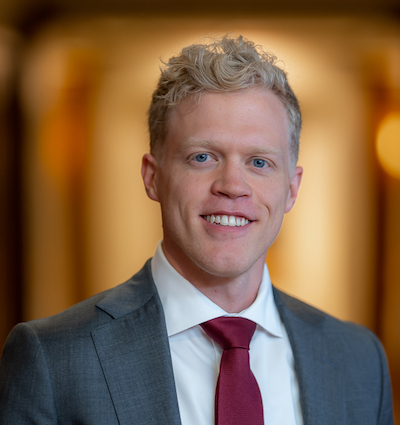 Chase Wilde, a 2020 graduate of the University of Utah S.J. Quinney College of Law.

Supreme courts in Washington, Oregon and Louisiana also published temporary orders granting diploma privilege, with various considerations, and Wisconsin has a long-standing rule that allows diploma privilege for in-state graduates. However, Utah is the only jurisdiction that requires supervised practice to earn diploma privilege.

Cambre Roberts, a 2020 University of Utah law school graduate, now has a job with the Metropolitan Public Defender in Portland, Oregon. She’s seeking Oregon bar admission through diploma privilege and expects to be admitted to practice in early October.

“Once I found out Oregon was going to do diploma privilege, it felt like a weight was taken off my shoulders. There was a lot of stress and anxiety around not only taking the exam but also the additional concerns with COVID-19. I have asthma,” says Roberts.

Nevertheless, she thought about taking a bar exam, even though she’s not in a jurisdiction that requires bar passage to practice this year. Utah plans to have a bar exam in September, and Oregon has a remote exam scheduled for October, according to the National Conference of Bar Examiners’ website.

“I was worried about the stigma attached to not taking a bar exam,” Roberts says. “It just means I have to prove myself as an attorney, which I was going to have to do anyway.”

Whipple is married to a BYU biology professor, and they have three children, ages 20, 18 and 12. Besides her JD, she has a master’s degree in comparative studies with an emphasis in environmental humanities. She’s done a significant amount of volunteer work, including serving on the PTA at her children’s school and holding board positions with the Utah chapter of the Nature Conservancy and LDS Earth Stewardship, a Church of Jesus Christ of Latter-day Saints organization.

However, practicing law is Whipple’s first career outside the home.

“Being a stay-at-home mom is in many ways a very privileged thing to do, but it’s also a very vulnerable position to be in. I know now how vulnerable a person can be when their entire financial stability is [dependent] on another person who may or may not be up to that responsibility or treating them well,” says Whipple.

She’s grateful Utah has diploma privilege because she doesn’t have to worry about when the bar exam will take place. Whipple mentions Florida, where the state supreme court announced Aug. 16 that its online bar exam, scheduled to start Aug. 19, would be postponed due to technical issues.

Wilde agrees. His wife is a mental health care therapist who has been consulting with clients via telephone during the pandemic. He’s not sure when—or where—he would have studied for the bar exam because the couple lives in a small one-bedroom apartment.

“For many weeks, I couldn’t have even gone to the school, libraries or even public parks to study as they were all closed because of COVID,” says Wilde, who likes the idea of Utah making diploma privilege for bar admissions permanent.

“If there’s not a huge influx of bar complaints against us, and the numbers show that the bar exam may be a little outdated and may not be the best way to show competency, then, yes, I think it would be awesome,” he says.