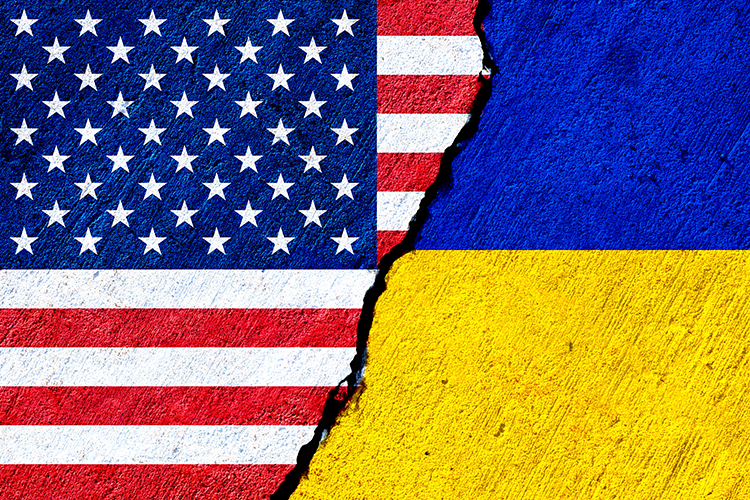 The U.S. Department of Homeland Security’s March 3 announcement that those who fled Ukraine amid Russia’s invasion could apply for temporary protected status caught the attention of the team at legal technology company SixFifty.

The Wilson Sonsini Goodrich & Rosati subsidiary led by CEO Kimball Dean Parker was already looking for ways to help Ukrainians, and a review of the TPS application revealed a potential opportunity to assist. Parker says the application, which is in English, requires filling in roughly 300 items.

“We thought there’s no way a Ukrainian is going to be able to run through that form, not to speak of 75,000 Ukrainians who would need it,” Parker tells the ABA Journal. “That made us think, ‘These are the types of problems we can solve.’”

Utah-based SixFifty has worked in the weeks since to automate the TPS application in both English and Ukrainian. The company has also automated the application for asylum in both languages.

Users of the automated tools available at SixFifty.com/ukraine are asked a series of questions depending on the type of application they are filling out. Their answers are then used to fill out the application documents, which are emailed to the user upon completion with instructions on how to proceed.

SixFifty’s product can also populate a work authorization form and an attorney representation form, according to Parker.

Although SixFifty recommends that Ukrainians engage an attorney for assistance filling out the forms, individuals who cannot or choose not to retain a lawyer can use the tools on their own. The automated tools are free for both individuals and attorneys to use and can be accessed via a phone or computer.

Parker estimates lawyers could fill out the forms using SixFifty’s tools five times faster than if they tried to do so without utilizing the automated products.

“This is a technology that can scale to serve a large number of people in a short amount of time, and that’s our goal,” Parker says. “We want to help as many Ukrainians as possible to stay in the country legally during this invasion.”

Parker says SixFifty provides information on its website for the immigration tools about whether an immigrant should apply for TPS or asylum, which provides longer-term relief. The Department of Homeland Security announced that the temporary protected status designation for Ukraine is for 18 months and “individuals eligible for TPS under this designation must have continuously resided in the United States since March 1, 2022.” Immigrants who apply for TPS can also apply for asylum.

Parker, who was named an ABA Journal Legal Rebel in 2019, says the SixFifty team members working on this project have been assisted by a variety of individuals and organizations.

Parker credits Kateryna Kravchenko, a Ukrainian citizen who is studying linguistics at Brigham Young University, for playing a key role in assisting with the translation of the immigration forms language from English to Ukrainian.

Other collaborators on the TPS and asylum project include the Refugee Justice League and Mobile Pathways, according to Parker. Pro bono departments at various law firms, including Wilson Sonsini, have assisted as well.

Additionally, SixFifty is hosting an April 6 webinar with immigration attorney Jeffrey O’Brien, founding partner of O’Brien Immigration in California, that will focus on how attorneys can use the automated tools to assist Ukrainians.

“We are currently being flooded with requests from various Ukrainian communities seeking legal help,” O’Brien said in a statement. “Using SixFifty’s tools will allow us to help Ukrainians apply more efficiently.”

Parker says SixFifty hopes to build on its work for Ukrainians by tweaking the tools it developed with the goal of aiding immigrants from other countries, such as those who fled to the U.S. from Afghanistan.

“We plan to use the work we’ve done here over and over again for different countries in the future,” says Parker, who was the guest on the June 2020 episode of the Legal Rebels Podcast.