They then playacted a dialogue in which one bride-to-be wonders whether her fiance is hiding student debt, and the other questions whether he will remain loyal in marriage.

Rodgers and Jaffe later turned their backs to the “sharks,” flipped the bouquets over their heads and said they were appearing on the show to talk about a very important topic: prenups.

The two women announced they were seeking a $150,000 investment in exchange for a 10% stake in the company they co-founded called HelloPrenup. The digital platform helps couples create prenuptial agreements by filling out in-depth questionnaires and comprehensive financial disclosures instead of having to go to a lawyer.

“Young couples are getting prenups more and more. But the traditional process of getting a prenup is expensive, time-consuming and a bit taboo,” Jaffe said on the Shark Tank episode that aired Nov. 12. “But with HelloPrenup, the process is as easy as 1,2,3.”

She also shared that a prenup on helloprenup.com costs $599, while the average cost when attorneys are involved is typically $5,000. Rodgers added that the addressable prenup market is valued at more than $500 million.

At the close of their pitch, the two co-founders bent down as if about to propose and said, “So, what do you say, sharks? Will you partner with us?”

After a rapid-fire back and forth that saw a few of the sharks drop out of the hunt to invest, the HelloPrenup co-founders were able to secure a deal. Nextdoor co-founder Nirav Tolia and entrepreneur Kevin O’Leary, known as “Mr. Wonderful,” agreed to invest a combined $150,000, with each getting a 15% percent stake in the company.

“This is gonna generate so much cash with no expenses,” Tolia told his fellow sharks. “This is how people become millionaires.”

While they have not become overnight millionaires, Rodgers and Jaffe say their appearance on Shark Tank has considerably boosted business for HelloPrenup.

The company, which Rodgers launched in beta mode in 2020 and relaunched in March 2021 when Jaffe came on board, had just $20,000 in lifetime sales when the show was taped in July.

Since the episode, site traffic has increased from roughly 3,200 visitors a month to 28,000 a month, according to Rodgers, HelloPrenup’s CEO. In turn, sales have increased 545% month over month, she tells the ABA Journal.

“The Shark Tank bump was really huge for us because at the end of the day it brings so many visitors to your site, and it informs so many people who are interested in prenuptial agreements about your product,” says Rodgers, 34, an attorney at Mavrides Law in Boston.

She and Rodgers plan to use the financial investment and strategic advice from the sharks to help gradually expand from offering services in 18 states to all 50. The co-founders also say they want to improve the user experience and add more free educational content to their site, which helps drive organic traffic.

Additionally, the co-founders plan to expand their small team. This will likely include contracting with attorneys who can assist with legal research as the company determines how to launch its services in more states, according to Jaffe, who is 27. 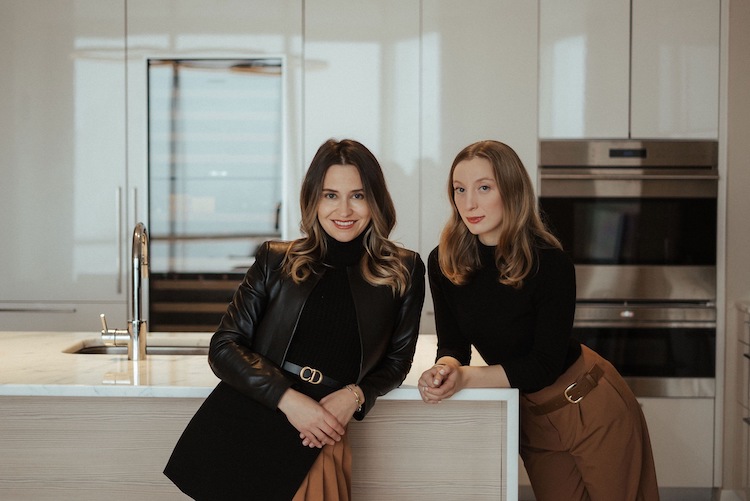 However, Rodgers and Jaffe emphasize that HelloPrenup is not a law firm and does not provide legal advice.

Robert Herjavec, a Canadian businessman who is one of the regular investors on Shark Tank, raised that issue when dropping out of contention to invest in the legal tech company.

“For me, intuitively, it feels like somebody who really wants a prenup is still going to go to a lawyer, and other people are going to go to you for information,” Herjavec said during the episode.

Rodgers and Jaffe pushed back on his statement both on the show and in interviews. Rodgers says one of the primary reasons she started building HelloPrenup was because many clients, particularly millennials, wondered why there wasn’t a way for them to negotiate directly with their partners about prenups without having to first hire a lawyer.

“Over the last 10 years, I’ve really spent a lot of time talking to thousands of potential prenup clients, and they are looking for an option that is collaborative, that is quick, and that is cheaper than the traditional methods out there,” Rodgers said on the show.

Additionally, both national and state-specific studies indicate that many members of the public do not seek legal assistance for their civil justice needs, including because of cost concerns. For example, the State Bar of California’s 2019 Justice Gap Study found that a majority of Californians at all income levels experience at least one legal problem in a given year, yet they receive inadequate or no legal help for 85% of those problems.

Rodgers and Jaffe say they do encourage users to seek the advice of counsel if they have any legal questions while compiling a prenup using their platform or after they have completed an agreement on the site.

Rodgers also says HelloPrenup may eventually add a lawyer referral option, but she believes it will drive more traffic to attorneys even without doing so.

“I think that our platform is actually bound to create more business for lawyers because we are allowing people who may otherwise not get a prenup at all to have the opportunity to create one,” she tells the ABA Journal.

Having fun on set

Meanwhile, Rodgers and Jaffe hope to help other legal technology companies make it onto Shark Tank and find success when they do. For those founders who get chosen to appear, the HelloPrenup leaders suggest keeping things light with their pitches to the sharks.

Rodgers says as a lawyer, she was a little nervous about their show pitch being “too much” and resulting in the sharks not taking her and Jaffe seriously, but she believes they struck a good balance.

“I think we bridged that gap by making sure we could take off the wedding skirts and take off the veils and continue the conversation,” Rodgers says.

Both HelloPrenup leaders also shared that founders need to be ready to exude a lot of energy and stand strong when facing rapid-fire questions from the sharks. Rodgers’ responses to questions on the show prompted Tolia to joke, “I forgot that I’m working with an attorney here.”

Rodgers also says the passion she and Jaffe demonstrated for their business was essential to engaging the sharks and will be important to maintain in future discussions with other potential investors.

The sharks appeared to enjoy the HelloPrenup co-founders’ approach, and they also got in on the fun. The HelloPrenup segment concludes with Tolia and O’Leary tossing bouquets over their heads to Jaffe and Rodgers.

“We were really pleasantly surprised by how positive the conversation and experience was,” Rodgers says.