The COVID-19 pandemic has limited access to courts across the country, including in Massachusetts.

In response, staff and students from Suffolk University Law School in Boston are working with a team of volunteers to develop mobile applications that will allow members of the public to remotely submit court forms for emergency housing and family law matters.

Law school officials say they are hopeful the apps will be particularly beneficial for self-represented litigants with pressing legal issues who would otherwise be unable to print out and mail, or scan, the necessary forms to Massachusetts’ state courts.

“There are so many people who don’t have access to the courts right now, and they are looking for a user-friendly way to compile the forms that they need and file them with the court,” says Suffolk Law Dean Andrew Perlman.

“We want to make sure people who only have a smartphone can use all of our forms,” adds Quinten Steenhuis, a clinical fellow in Suffolk’s Legal Innovation & Technology Lab. “It is going to be one of the best ways to access the courts during this crisis we have right now.”

The project was hatched after the Massachusetts Supreme Judicial Court put out a call for ways to strengthen access to justice amid courts being closed except for the remote handling of emergency matters during COVID-19.

The Suffolk-led team consists of lawyers, law students, technologists and designers, among others. The first mobile form they hope to roll out is a temporary restraining order that tenants could file in housing court regarding problems such as backed-up sewage or being locked out of their apartments.

As for family law matters, the team is focused on developing forms for domestic violence and emergency custody issues. Members of the public will also be able to access the online forms on desktop computers. 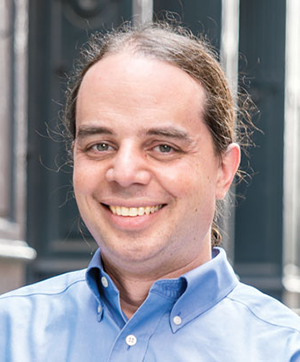 The Suffolk team is utilizing Docassemble to help it create the mobile forms. The open-source platform for document assembly and guided interviews was built by legal aid attorney Jonathan Pyle, a 2019 ABA Journal Legal Rebel.

Steenhuis has previous experience with Docassemble, having used it to build Massachusetts Defense for Eviction, a mobile tool designed to help people facing eviction.

He says the technology has been instrumental to the Suffolk team because it makes it easy to customize the forms being worked on, and he praises Pyle for making a few requested back-end changes.

“This really would not be possible without Docassemble,” Steenhuis says.

Additionally, the open source nature of Docassemble will make it easier for those in other states and countries looking to produce similar jurisdiction-specific forms. In order to further facilitate replication, the Suffolk team’s work is being shared on GitHub.

Steenhuis says he thinks the potential for replication has attracted volunteers from a mix of states and foreign countries, including South Africa.

“I think part of their interest is that this could be a model that they could take back to their own countries,” he says, noting that an attorney from South Africa has become one of the project managers.

The influx of volunteers who have formed a so-called “virtual assembly line” has allowed the Suffolk team to be in a position to develop new apps for forms in a matter of weeks, rather than the months such a project would typically take.

Suffolk law students have also been among those actively working on the mobile forms project.

Perlman, the inaugural chair of the ABA Center for Innovation’s governing council, says the law school has long espoused the belief that giving aspiring lawyers the chance to automate legal forms helps them better understand the law. It also exposes students to “the kind of technology they might be able to use in practice to be able to make them more effective lawyers and be able to deliver their services better, faster and cheaper,” he says.