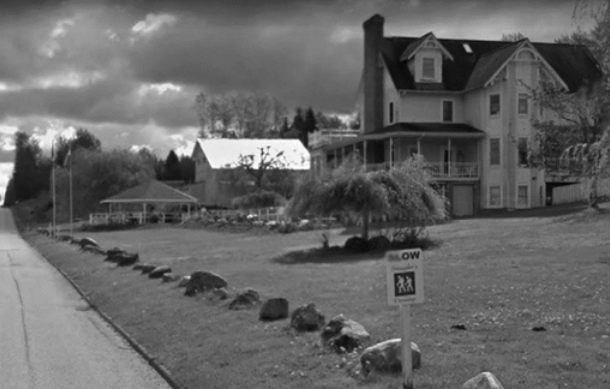 The U.S. Supreme Court on Wednesday ruled against the owner of the “aptly named” Smuggler’s Inn in his quest to sue a Border Patrol agent for allegedly roughing him up and then retaliating against him for reporting the incident.

The court ruled in the case of Robert Boule, a bed and-breakfast owner in Blaine, Washington, near the Canadian border. He alleges that a U.S. Customs and Border Patrol agent shoved him aside and pushed him to the ground when he tried to stop the agent from checking the immigration status of an arriving Turkish guest sitting in a car on his property.

The area surrounding the Smuggler’s Inn was “a hot spot for cross-border smuggling of people, drugs, illicit money and items of significance to criminal organizations,” Thomas said.

His opinion included a photo of the inn and its modestly furnished interior, apparently to illustrate why the border agent was suspicious about the motives of travelers who stay there.

After Boule reported the agent’s alleged use of excessive force to superiors, the agent responded by complaining to state authorities about Boule’s “SMUGLER” license plate and by contacting the Internal Revenue Service. Investigations followed, but they found no wrongdoing by Boule.

Boule filed an administrative claim under the Federal Tort Claims Act, but it was denied. His grievance filed with the agent’s supervisors did not result in action.

In the Smuggler’s Inn case, the court didn’t overrule the Bivens decision but noted that an extension of a Bivens cause of action is “a disfavored judicial activity.” 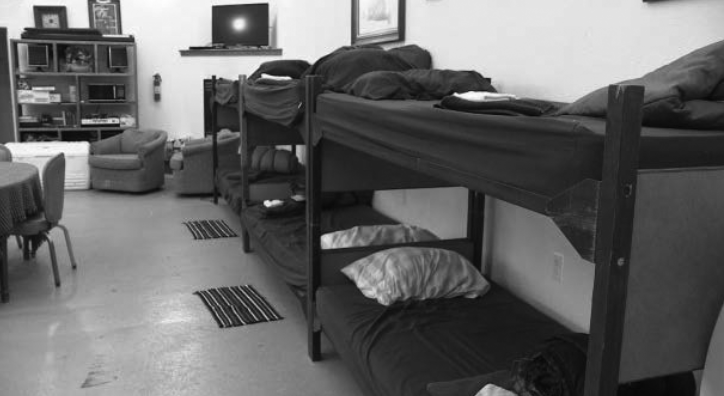 Thomas said the court has used a two-step inquiry when deciding whether to extend Bivens, but those steps are often resolved with a single question: whether there is any reason to think that Congress might be better equipped to create a damages remedy.

“At bottom,” Thomas wrote, “creating a cause of action is a legislative endeavor.”

Thomas cited two reasons why the court would not recognize Boule’s Fourth Amendment claim: Congress is better positioned to create remedies in the border security context, and the government already has provided alternative administrative remedies that protect plaintiffs such as Boule.

“Because ‘matters intimately related to foreign policy and national security are rarely proper subjects for judicial intervention,’” Thomas wrote, “we reaffirm that a Bivens cause of action may not lie where, as here, national security is at issue.”

Turning to the First Amendment claims, Thomas said the court would not extend the Bivens cause of action to allow such suits.

“We hold that there is no Bivens action for First Amendment retaliation,” Thomas wrote. “There are many reasons to think that Congress, not the courts, is better suited to authorize such a damages remedy.”

A concurrence in the judgment by Justice Neil Gorsuch said the court should go further and “forthrightly return the power to create new causes of action to the people’s representatives in Congress.”

Justice Sonia Sotomayor partly concurred in the judgment and partly dissented in an opinion joined by Justices Stephen Breyer and Elena Kagan.

Sotomayor said she agreed that precedent bars plaintiffs from suing for First Amendment violations under Bivens. But Boule should be able to pursue his Fourth Amendment claim, she said.

The majority decision barring the Fourth Amendment claim “rewrites a legal standard it established just five years ago, stretches national security concerns beyond recognition and discerns an alternative remedial structure where none exists,” she said.

Sotomayor also criticized the majority for foreclosing damages action against Border Patrol agents generally. The conclusion is “extraordinary and gratuitous,” and it contradicts precedent requiring determinations that are context specific, she said.

“The consequences of the court’s drive-by, categorical assertion will be severe,” Sotomayor wrote. “Absent intervention by Congress, CBP agents are now absolutely immunized from liability in any Bivens action for damages, no matter how egregious the misconduct or resultant injury.”