The curious case of A$AP Rocky 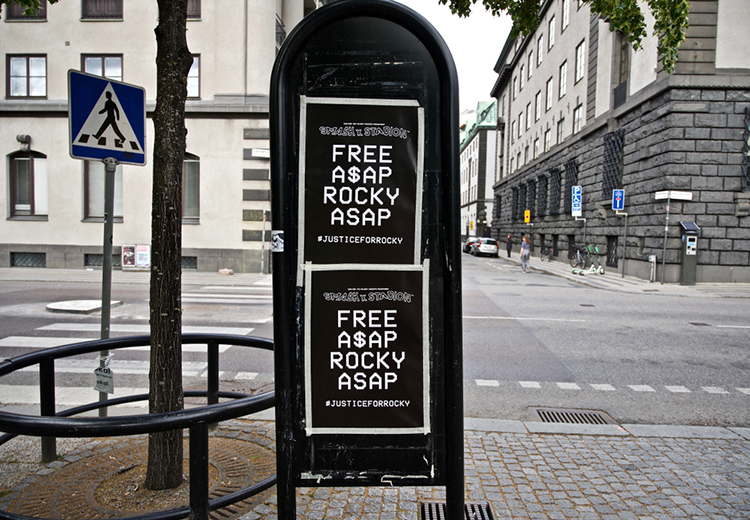 Posters supporting A$AP Rocky were put up all around Stockholm in July. Photo by Liv Oeian/Shutterstock.com.

Five months after his release from detention in a Swedish jail, A$AP Rocky returned to Stockholm to perform Wednesday. It’s a surprise comeback for the Grammy-nominated rapper, who was jailed for nearly 30 days this summer after his arrest on suspicion of assault.

The case made international headlines, and A$AP Rocky, whose real name is Rakim Mayers, became a cause célèbre, with congressmen, high-profile stars and even President Donald Trump calling for his release. The case trained an unprecedented level of scrutiny on the criminal justice system of a country normally lauded for its progressive ideals. 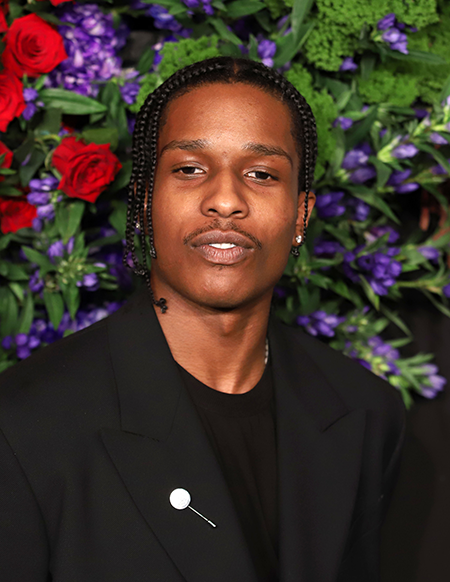 “Just spoke to @KanyeWest about his friend A$AP Rocky’s incarceration,” Trump tweeted July 19. “I will be calling the very talented Prime Minister of Sweden to see what we can do about helping A$AP Rocky. So many people would like to see this quickly resolved!”

After a June 30 street fight, A$AP Rocky remained in isolation for weeks in a Stockholm jail with no charges filed. Claims of inhumane jail conditions, racism and injustice flooded social media. Supporters pointed out that in 2018, when rapper G-Eazy, who is white, was arrested in Sweden for assaulting an officer, violent resistance and illegal drug possession, he was able to plead guilty and left the country within days.

“The difference between me and Rocky’s treatment in Sweden brings to mind two concepts that disgustingly go hand in hand: white privilege and systemic racism,” G-Eazy, whose real name is Gerald Gillum, wrote on Twitter on July 19.

But Swedish authorities rejected the accusations, and one of A$AP Rocky’s lawyers insisted that race was not a factor.

A$AP Rocky was in Stockholm to perform at a hip-hop festival when the fight took place. Online videos posted by A$AP Rocky show two men following his entourage while they were out sightseeing. His crew asked the men to back off, but they continued to follow.

Additional videos posted by a Swedish paper showed A$AP Rocky and his friends throwing one of the men, 19-year-old Mustafa Jafari, to the ground, as well as punching and kicking him.

A$AP Rocky maintained that he had been trying to de-escalate the situation and that the men provoked the group, but he and two members of his entourage were detained July 5. In the United States, A$AP Rocky would have been charged and released on bond; in Sweden, there is no bond, and A$AP Rocky, along with entourage members David Rispers Jr. and Bladimir Corniel, remained behind bars. A$AP Rocky faced up to two years in prison.

“Thanks to all the publicity, there were a lot of police officers working on this case, and the investigation was about 500 pages, which was quite a lot,” said Henrik Olsson Lilja, one of A$AP Rocky’s Swedish attorneys. “So because of all the publicity—Trump publicity and the hostage expert coming here to Sweden, the Swedish police and prosecutors wanted to do a great job so they would not be criticized.” 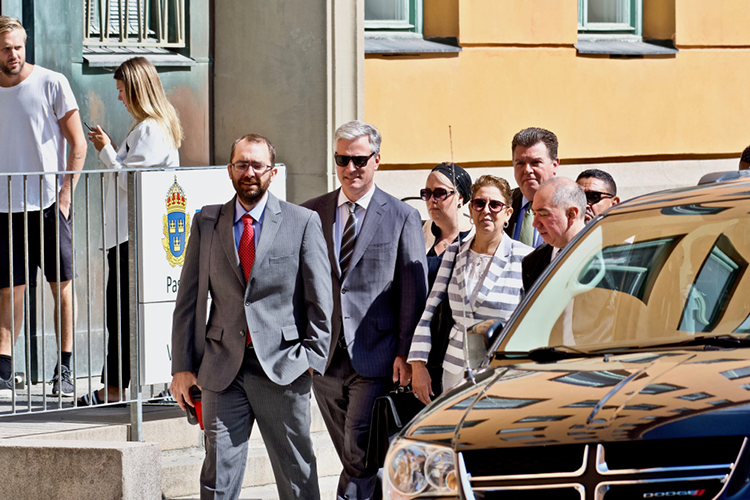 According to Swedish-based news site Aftonbladet, O’Brien wrote Swedish prosecutors, seeking a “humanitarian release” and detention in a local hotel pending final disposition of the case.

“The government of the United States of America wants to resolve this case as soon as possible to avoid potentially negative consequences to the U.S.-Swedish bilateral relationship.” O’Brien wrote in a July 31 letter to Swedish prosecutors, which was published on Aftonbladet.

But Sweden’s prosecutor-general defended the independence of Swedish courts and made it clear that there would be no interference on A$AP Rocky’s behalf. Prosecutors asked for additional time to investigate, which meant more weeks of confinement for A$AP Rocky, who was being held in the Kronoberg prison in central Stockholm. 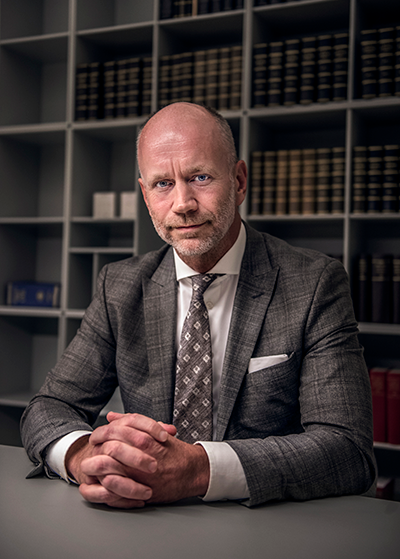 Sweden has been criticized by international human rights groups for excessive pretrial detention, where defendants can be held without limitations. According to FairTrials.org, Sweden’s rate of pretrial detention is considerably higher than that of other European nations, and there is an extensive use of overly restrictive measures in jails, including isolation, along with limitations on phone calls, correspondence, outside media, and contact with other detainees.

“When it comes to being detained, we are like living in the 1700s, actually,” Lilja agreed. “The presumption is you’re innocent. But you never know, ‘How long will I be [behind bars]?’ ”

Lilja discussed A$AP Rocky’s case from his law office in central Stockholm. Court-appointed to A$AP Rocky’s case, Lilja emphasized that every defendant is appointed a lawyer by the court, no matter the client’s resources—and counsel includes top members of the criminal defense bar.

In determining whether to detain a suspect, Lilja said prosecutors examine a number of factors, including “risk of collusion—so they don’t collude with other people’s version of the case. That’s the main reason people are being kept. Then there’s the flight risk—for non-Swedish citizens, then you have the risk of committing new crimes—if you’re a drug addict, for example.”

But Lilja said the system is flawed. “It’s a problem. As a modern state, we need to work on that to find a new kind of solution.”

But Sweden is not the only Western democracy with questionable detention practices. Despite the fact that the U.S. Constitution grants criminal defendants the right to a speedy trial, cases can remain in legal limbo for months or even years. And the accused may be left languishing in jail—if they can’t afford bond.

As A$AP Rocky’s detention grew into a spectacle, the case became a carnival mirror reflection of the existential crisis gripping the Scandinavian nation, with all the colliding elements: worries about rising violent crime rates and drug use; growing nationalism and xenophobia; multiculturalism challenges; threats to the traditional tolerance and liberal consensus that the country is known for. A$AP Rocky’s case involved an African American man charged with assaulting a young, troubled Afghan political refugee.

Give A$AP Rocky his FREEDOM. We do so much for Sweden but it doesn’t seem to work the other way around. Sweden should focus on its real crime problem! #FreeRocky

“Even Donald Trump tweeted about this case,” said Magnus Strömberg, who represented 19-year-old Jafari in the criminal case. “I had to explain to my client that even the Swedish system is independent because he was worried about this.”

In Sweden, the state pays for legal counsels for crime victims, and they assist the court with fact-finding.

“It was a very intense case from the start, with all the attention from the media,” Strömberg said during an interview at the court where the trial was held. “My client, this was a very difficult and stressful situation for him, so he needed a lot of help and support, of course.”

Strömberg said Jafari was slashed by a bottle during the altercation, and that he received death threats after his name came out in the media.

After a three-day trial and nearly a month in jail, A$AP Rocky was released Aug. 2 pending the verdict. He thanked his fans on Instagram for their support during a “very difficult and humbling experience.” On Aug. 14, the court found A$AP Rocky guilty of assault, but the rapper received a suspended sentence, with no further time behind bars and two years of probation. The court ruled that A$AP Rocky, Corniel and Rispers “assaulted the victim by hitting and kicking him as he lay on the ground,” and that “the artist has also thrown the victim to the ground and stepped on his arm.”

The court rejected A$AP Rocky’s self-defense claim, finding that “the defendants were not subject to a current or imminent criminal attack.” In Sweden, victims are entitled to compensation from those who are accused, on a predetermined scale, depending on the charge. The trio was ordered to pay about $1,300 in damages to Jafari, along with the state and victim’s legal fees.

A$AP Rocky and his legal team expressed disappointment with the verdict, but he posted on Instagram: “Imma keep moving forward.” 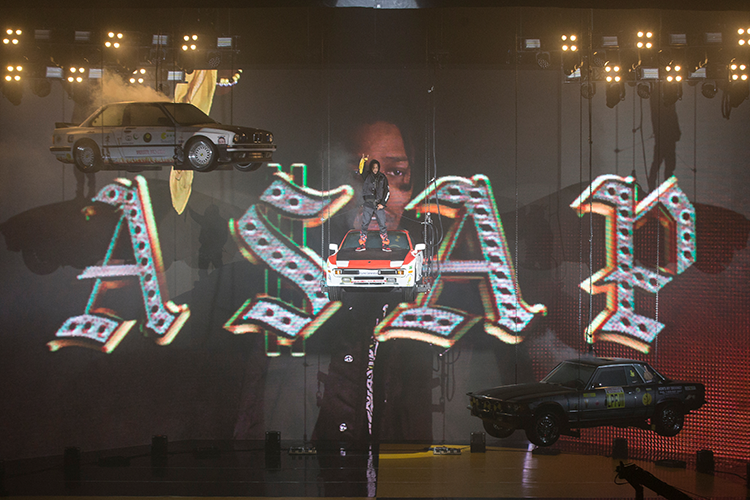 That forward momentum has propelled A$AP Rocky to a Dec. 11 concert date in Stockholm. Live Nation said the rapper will play at Stockholm’s Ericsson Globe arena for an encore “after tremendous support from the Swedish fans.” For multitudes who had never heard of, or barely knew A$AP Rocky—inside and outside Sweden—he had become a household name.

For Jafari, the case that became a circus has a different meaning—Strömberg said his client has extensive scars and wonders why there was no mention that he was attacked with a glass bottle in the sentencing. But he is glad there was a sentence at all and that the case is over.