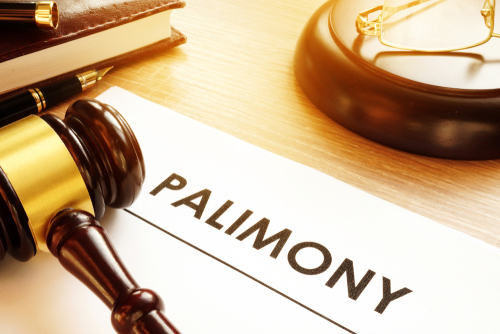 The New Jersey Supreme Court on Tuesday struck down a state law requiring palimony agreements to be in writing and “made with the independent advice of counsel for both parties.”

The state supreme court ruled that the attorney-review requirement violated the state constitutional rights of Kathleen Moynihan, who was seeking to enforce a palimony agreement with her former romantic partner, Edward Lynch. The couple met when Moynihan was a flight attendant and Lynch was a pilot.

Their handwritten agreement concerned a home purchased with an $8,000 down payment by Moynihan and a mortgage in Lynch’s name. He initially held title. Both shared financial responsibilities for the home. Eventually, Lynch placed the home in a joint tenancy with rights of survivorship between Moynihan and Lynch.

Lynch had drafted the palimony agreement, which was signed by both parties and notarized. It provided that, within five years of Lynch vacating their home, Lynch would pay off the mortgage, deed it over to Moynihan and pay her $100,000. Lynch also would pay real estate taxes for two years. After the couple broke up in 2015, Lynch refused to abide by the agreement.

The New Jersey Supreme Court said the attorney-review requirement violated substantive due process rights guaranteed by the state constitution under Article I, Paragraph I. That section limits the power of the state to control decision-making in certain fundamental areas.

The state supreme court said it would enforce the palimony agreement as written.

The attorney-review requirement “interferes with an individual’s right of autonomy, singles out written palimony agreements from among all other agreements for differential treatment, and has no parallel in the legislative history of this state,” the court said.

Requiring an attorney also “unduly burdens those who cannot afford counsel—those with little or no income—denying them the opportunity to enter contracts available to their more affluent counterparts,” the court said.

The state supreme court said that, although it was striking down the attorney-review requirement, palimony agreements in the state must be in writing and signed at least by the party against whom enforcement is sought.

No other jurisdiction that enforces palimony agreements has an attorney-review requirement.

Hat tip to the Legal Profession Blog, which has highlights from the opinion.