In a move being described as brave by some academics, the Utah Supreme Court has announced it will consider diploma privilege with no bar passage requirement for recent law school graduates, given that the coronavirus pandemic makes the July bar exam seem unlikely at this point.

According to Judith Gundersen, president of the National Conference of Bar Examiners, which develops and produces the attorney licensing tests used by most U.S. jurisdictions, Utah is the first state to release a proposed order on the matter, and the idea is out for public comment.

Law school deans in Iowa made a similar request, as did Carla Pratt, dean of Washburn University School of Law in Topeka, Kansas. In Nebraska, diploma privilege was one of several options deans asked the state supreme court to consider if the July bar is postponed.

Various jurisdictions recently postponed July bar exams and adopted emergency rules authorizing limited practice with lawyer supervision for recent law school graduates, with bar passage requirements once the test can be safely administered. A similar resolution was adopted April 7 by the ABA’s Board of Governors.

The Utah proposed order seeks diploma privilege for people who graduated from ABA-approved law schools between May 1, 2019 and June 30, 2020. Also, if implemented the order would only apply to recent graduates who have not previously sat for a bar exam, and graduated from law schools with first-time bar passage rates of at least 86%.

Additionally, the proposed order would require 360 hours of supervised practice by a licensed attorney who has been in practice at least seven years, with at least two years in Utah. If the order is adopted by the Utah Supreme Court, qualified candidates will be admitted to the state bar no later than Dec. 31, 2020, and they will not be required to take the bar at a later date. 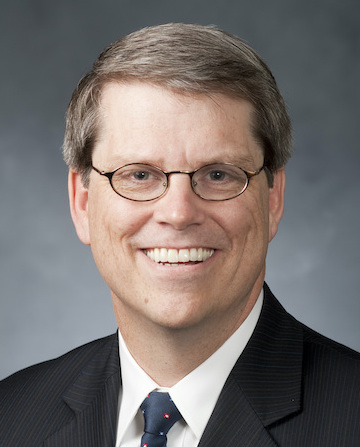 “I respect the Utah Supreme Court for its leadership on this issue. They saw a problem, and while the natural response is to hunker down and wait, and see what happens, they decided instead to bring some resolution to this. I think it’s a blessing for students, and it shows a lot of courage and leadership,” Gordon Smith, the dean at J. Reuben Clark Law School at Brigham Young University, told the ABA Journal.

Previously, Smith was a professor at the University of Wisconsin Law School. There has been a longtime diploma privilege rule for in-state graduates in Wisconsin, so law professors there may view their work somewhat differently than those in other states knowing that students won’t need to make it through the bar to practice law, Smith says. But he acknowledges that ideally, all law professors should approach teaching with the goal of preparing students to be practice ready once they graduate.

Protecting the public is often given as a reason to have a bar exam, including in emergency situations like the current COVID-19 pandemic. Smith appreciates that, but he also notes that new lawyers rarely if ever face discipline charges. He also questions how much bar passage is needed to demonstrate someone is likely to be a competent attorney.

“When you look at disciplinary actions against attorneys, by far, the majority of those are for client neglect, or you get things you’d hope would be captured by character and fitness reviews, that offer some sort of indication that the person is honest. Really, you don’t see disciplinary actions based on someone’s lack of knowledge about Article 9 of the Uniform Commercial Code,” Smith says.

The NCBE on April 3 announced it would have materials for more administrations in July and September. In addition to the July 28 to 29 exam, the fall test dates are scheduled for Sept. 9 to 10 and Sept. 30 to Oct. 1.

Regarding Utah’s proposed order, the NCBE appreciates that its state supreme court is in the leading position to decide what is best for the state, Judith Gundersen, president of the NCBE, told the ABA Journal in an email.

“Utah’s proposed rule will provide relief from the crisis for those qualifying graduates who seek a local admission to Utah. It is important to note, however, that were the rule to extend in place long term, it would have the consequence of admitting some percentage of graduates who would, presumably, not have passed the bar exam had they taken it,” she wrote.

According to Gundersen, Utah’s bar passage cut score is 270. Looking at bar exam scores historically, the scores of ABA-accredited law school graduates in this cohort could include cut scores much lower than Utah’s, she added, and that “would effectively lower Utah’s ‘cut score’ to the lowest score any graduate of a qualifying law school has received.”

Bill Adams, managing director of ABA Accreditation and Legal Education, told the ABA Journal in an email that the section’s council has voted to support states extending limited practice rules.

“With the emergency created by the COVID-19 pandemic, states will be making their individual decisions on bar admission issues. Given the number of states and differences in their approaches, it is not in the Council’s purview to address each one of them,” he wrote.

Meanwhile, the authors of a recent working paper that supports diploma privilege applaud the Utah Supreme Court’s consideration on the matter.

“The Utah Supreme Court is showing real leadership during this crisis. They have been particularly thoughtful about the needs of both bar candidates and our profession’s clients. The combination of three years of rigorous professional education and a period of supervised practice is a very effective way to assess minimum competence,” Deborah J. Merritt, a one of the paper’s authors, wrote in an email to the ABA Journal.

She did, however, express concern about proposed language requiring that Utah bar candidates graduate from law schools with first-time pass rates of at least 86%.

“That is a high target given the variation in passing scores nationally and the ABA’s focus on a 75% pass rate after two years. The 86% threshold is likely to disadvantage applicants from schools located in states like California and Nevada, which impose higher cut scores than Utah—and thus create lower pass rates for schools in those states,” wrote Merritt, a law professor at Ohio State University Moritz College of Law.