Billie Tarascio: Her law firm is her lab 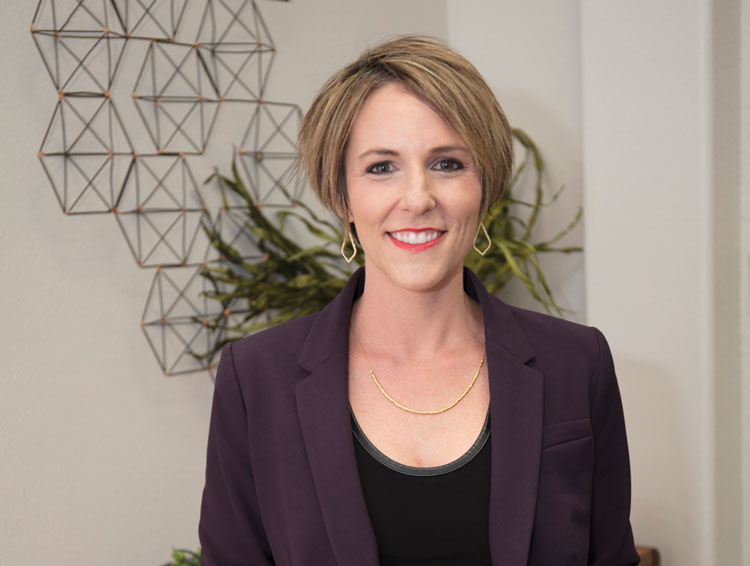 With her two ventures—Modern Law, a divorce law practice in Mesa and Scottsdale, Arizona, and Access Legal, a legal technology company—Tarascio has developed a laboratory she believes creates practices that can make attorneys happier and more efficient, and let them better serve the public.

“She’s not the typical lawyer,” says Juliet Peters, founder of Framework Legal in Scottsdale. She is “pushing boundaries where appropriate.”

An early example was “an accidental entity born out of necessity,” says Tarascio, 37, who is based in Gilbert, Arizona.

In 2013, she wanted to make divorce cheaper with the aid of cloud-based document automation software to help clients handle forms and filings on their own. Without a clear option already on the market, she developed Access Legal.

“I was sure that the legal documents I was providing to the public in Microsoft Word and alongside valuable tutorials would be in high demand in an area of law dominated by self-represented consumers,” she recalls. “That just wasn’t the case.”

While Access Legal is still in operation, she believes the disconnect between the product and the market was the missing human component. “I think consumers value our experience and advice,” she says. “It is very clear that they want connection and communication.”

Even though Tarascio believes in the power of technology to improve legal practice, she says a client’s desire for a human relationship will inoculate lawyers from the oft-reported pending robot takeover of the legal industry.

Through her experiences and driven by metrics, Tarascio has developed four steps to create and assess changes to her firm. First, the team defines its goals. Next, metrics are set around intended outcomes. Then the team hypothesizes potential process or policy changes that may meet those goals. Finally, if the experiment pans out, team members look for software to automate and institutionalize the change.

Applying this approach, she improved her firm’s ability to meet revenue goals by implementing a process called the “daily number.” This set individual, daily revenue goals for every revenue-generating employee and created a Slack channel called #dailynumber to institutionalize officewide accountability.

“The combination of a new process and use of a technology almost immediately fixed our revenue problem,” she says.

Tarascio is married and has four children ages 3 to 13. She’s an avid yogi and travels extensively, even answering questions for this profile from Ireland.

She is constantly moving professionally, too.

Recently, Tarascio teamed up with CuroLegal, a legal technology company, and others to create CuroStudio for developing projects that help close the ever-growing gap in access to justice.

Together they are creating a new project, Modern Law Practice, a “plug-and-play law firm model” to help solo practitioners and small firms automate process and procedure and adopt technology. To help firms grow, the model will focus on key performance indicators, including lead conversions, productivity and profit margin.

When not working on her own projects, Tarascio is sharing her experiences—both successes and failures—through YouTube videos, podcast interviews and speaking and writing engagements.

While it is hard to know what is next for her, Peters says, “Billie will continue to be at the forefront of analyzing and creating a better mousetrap for the delivery of legal services. I don’t expect she’s going to stop.”