Thanks to Legal Hackers, hackathons are an important tool for making law more accessible 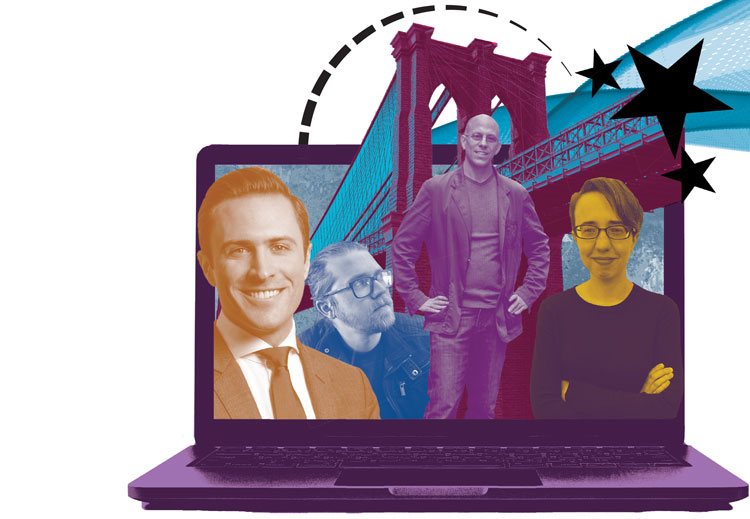 Conventional wisdom in the legal profession dictates that attorneys should have all the answers, mistakes can be detrimental, and people who call themselves “hackers” are known for identity theft and espionage and must be avoided at all costs.

But things are changing. In 2012, the Brooklyn Law Incubator & Policy Clinic held what it called a “legal hackathon.” A combination of “hack” and “marathon,” hackathons typically involve a one-day code sprint in which computer programmers try to come up with a program or application to reach a specific goal. In adding the legal aspect, The Brooklyn hackathon had participants focus on ways to improve the then-proposed Stop Online Piracy Act and the Preventing Real Online Threats to Economic Creativity and Theft of Intellectual Property Act and talking about new ways to regulate IP infringement. The bills, which were supported by the entertainment industry, ultimately failed.

For Legal Hackers, however, the main issue was that there was no transparency with the bills, and it seemed that lawmakers were not getting input from relevant stakeholders, says Phil Weiss, a 2012 Brooklyn Law School graduate and Legal Hackers founder who also serves on the group’s board of directors.

“We hacked the act. We were looking to get people together to talk through how we can address the policy concept like hackers, not lawyers,” says Weiss, adding that their first hackathon offered people a forum that was less results-oriented and focused more on discussing new ideas to regulate intellectual property infringement. Weiss, now a New York City sole practitioner who does corporate work, adds: “The idea was that if we got enough lawyers, technologists and policy thinkers in the room, we could probably come up with a policy that’s better than what Congress was doing at that time.”

That event led to monthly meetup groups, initially in New York City, where people would develop and talk through various problem-solving ideas.

Today Legal Hackers has more than 150 chapters across the world and has organized many more legal hackathons. Some of the things produced at these hackathons have included a bot that checks real estate listings for problems, and a phone app that could be used in place of cash bail, with check-ins done through codes defendants read aloud and record with cellphone cameras.

“What Legal Hackers [does] is provide a forum and a place to talk about issues and learn from one another,” says Jameson Dempsey, a member of Legal Hackers’ board of directors who works as a government affairs counsel with Loon, the Google offering that delivers internet service to unserved and underserved communities through a network of stratospheric balloons.

The term “hacking” has lost much of its negative association, he adds, thanks in part to the proliferation of “life hack” articles.

The legal profession is coming around too. Both Latham & Watkins and BakerHostetler were sponsors for the 2019 Legal Hackers International Summit, which took place at Brooklyn Law School and was attended by both chapter leaders and “legal innovation thought leaders,” according to the group’s website. Discussion topics included open-source legal technology and coalition-building for tech policy. And Legal Hackers chapters have been involved with multiple American Bar Association events, including one at the 2014 Annual Meeting designed to increase access to justice, as well as events at ABA Techshow, such as a 2017 event to help veterans with their legal needs.

“CEOs of giant companies started hosting hackathons. People recognized that there’s some sort of ethos behind this. Not only is the term acceptable, but it’s successful,” Weiss says.

Lauren Mack, who attended the 2012 Brooklyn Law hackathon while a student at Yeshiva University’s Benjamin N. Cardozo School of Law, says that she was drawn to the group because their offerings are structured differently than most legal networking events. Mack is now a copyright and trademark lawyer with New York City’s Masur Griffitts Avidor and a member of Legal Hackers’ board of directors. “We are very much about collaboration and openness,” she says. “Someone at a Legal Hackers event would describe a project they’re working on or would like to do, and people would say, ‘That’s really cool, how can I help?’ As a young attorney trying to network, you don’t really get that at a standard bar association event, where you’re typically trying to get a more experienced lawyer’s attention who doesn’t want to hire you.”

“When you bring in smart lawyers, smart technologists and smart policymakers to share ideas, amazing things will happen,” says Jonathan Askin, founder and director of the Brooklyn Law Incubator & Policy Clinic. He had wanted to do a legal hackathon for some time—taking inspiration from New York City technology hackathons that started around 2007—but the dean told him no. After that dean left, a friend of Askin’s was put in as acting dean, and his idea was greenlighted.

“It was sort of like a Charlie Brown, Peanuts-like moment, where there was no adult supervision. That’s what gave us the courage to do it,” says Askin, once a senior attorney at the Federal Communications Commission who chaired the internet governance working group for Barack Obama’s 2008 presidential campaign.

Askin admits that hackathons, where mistakes are seen as learning experiences and it’s OK to not have all the answers, are a different experience in legal education. “Lawyers are trained to be perfect and not speak until they have the right answer. That might work in practice, but it certainly doesn’t work in law school. Law school should be a place where we have this little lab and experiment widely,” says Askin, 54.

At the 2012 hackathon, he adds, there were a fair amount of lawyers sitting in a room talking about policy, but no one was building things.

“It was a hackathon on training wheels,” Askin says. Then they started bringing in designers and entrepreneurs, and the students were paired into teams because that gave them more courage to ask questions about topics they don’t know well, he explains. “The worst scenario is when they close up. They think they don’t know enough and can’t play a significant role. That’s been historically what we as lawyers are like in hackathons,” he adds.

Shutting down nonlawyers is also avoided at hackathons, says Mack, 32.  She adds that Askin has taught them that rather than telling someone they can’t do something because of existing law, a better answer is “yes, but ...”

Lawyers are concerned about communicating too, according to Weiss, 33. “They’ll say: ‘How can I talk to an engineer if I don’t speak their language?’” He says his response is usually: “You won’t know until you try.”

This article first appeared in the February-March 2020 issue of the ABA Journal under the headline “Hacking Away: Hacking used to be the antithesis of what it meant to be a lawyer. Now, thanks to Legal Hackers, hackathons are an important tool for making law more accessible.”