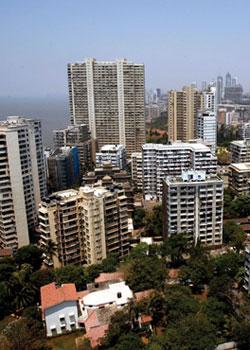 The ABA is urging the federal government to take steps to ensure that U.S. lawyers have appropriate access to the legal services markets of its key trade partners.

The ABA’s effort is another nod to the growing impact of globalization. A global economy is making it increasingly important for U.S. lawyers to be able to give advice and other assistance to clients around the world.

ABA President Stephen N. Zack recently focused on the importance of access for American lawyers to clients in India, the 14th-largest trading partner with the United States. Zack outlined the issue in a Nov. 3 letter (PDF) to President Barack Obama and urged him to raise it during his trip to India, which began Nov. 6. Zack said the provision of legal services is critical to increasing the level of trade between the United States and India. “Such services of lawyers well-versed not only in the laws of the United States and India but also cross-border transactional matters are plainly essential for such an increase,” wrote Zack, who is administrative partner in the Miami office of Boies, Schiller & Flexner.

India, for its part, has sent conflicting signals on its willingness to accept foreign lawyers. In March, the United States and India signed the Framework for Cooperation on Trade and Investment to strengthen bilateral cooperation and build on the rapidly growing trade between the two countries, which has doubled in the past five years. The framework includes the launch of an initiative called Integrating U.S. and Indian Small Businesses into the Global Supply Chain, intended to expand trade and job creation for U.S. and Indian companies.

In September, however, the Bar Council of India announced that it had decided not to permit foreign lawyers in the country, although the decision is still under final study. In addition, a private Indian lawyer has filed a lawsuit in the High Court of Madras seeking to restrict travel to India by foreign lawyers for purposes of giving advice about their domestic laws to Indian clients or advising clients from their own countries about doing business in India. (Currently, U.S. lawyers may visit India on a temporary basis only to advise clients on home country law.)

Zack’s letter requests that President Obama urge the Indian government to adopt a rule similar to the ABA’s Model Rule for Licensing and Practice by Foreign Legal Consultants (PDF), which has been adopted by more than 30 U.S. jurisdictions.

The rule allows a licensed lawyer from outside the U.S. to maintain an office in this country after registering with the local bar or court. This allows the lawyer to advise clients about the law of their home country without passing any exams or undergoing training in the United States. The ABA supports principles under which U.S. lawyers may secure the right to practice from offices abroad.

“U.S. lawyers want no more than the rights Indian lawyers have in the United States—a reciprocal opportunity to advise clients on the laws of their home country without presuming to advise on the law of a country where they are not admitted to practice,” Zack’s letter states.

The issue apparently was not addressed during Obama’s India trip, but raising it was an important first step for the ABA’s advocacy efforts. The ABA’s Governmental Affairs Office will continue to promote enhanced foreign market access for U.S. lawyers as Congress considers other possible free trade agreements with other countries, including Colombia, Panama and South Korea, in the near future.