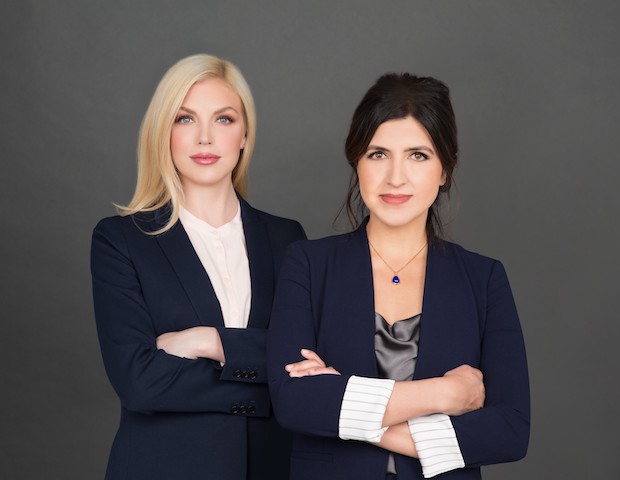 A $200 million lawsuit filed Wednesday against Jones Day alleges that female associates are discriminated against based on gender, pregnancy and maternity.

The firm hires about the same number of male and female associates, but the women make less money and are outnumbered in the partnership, the proposed class action says. Women who get pregnant are often fired, and women who speak up often suffer retaliation, according to the suit, filed in federal court in Washington, D.C.

Named plaintiffs in the suit are Nilab Rahyar Tolton and Andrea Mazingo, who worked as associates in the firm’s office in Irvine, California, until last year. Four other female plaintiffs are listed as Jane Does 1 through 4.

“Jones Day’s fraternity culture presents female attorneys at Jones Day with an unpalatable choice: participate in a culture that is at best inhospitable to women and at worst openly misogynistic or forgo any hope of success at the firm,” the suit says.

Male attorneys are mentored, given preferential assignments and access to clients, and groomed for partnership, according to the suit. Yet prominent male partners attribute female lawyers’ failure to advance to women who choose family over career.

The fraternity culture is strengthened by comments and conduct that derogate women, the suit says. Mazingo was encouraged to wear high heels, while Jane Doe 3 was advised to smile more. Jane Doe 4 was referred to as “eye candy.”

Parties sponsored by the firm where drinking is encouraged are also a problem, the suit says.

The suit criticizes the firm’s secretive system where partnership and pay decisions are made by managing partner Stephen Brogan, who acts with “essentially unchecked autonomy.”

Though the evaluation process is based on a consensus statement based on multiple evaluators, it can be manipulated to justify just about any course of action, the suit says.

The consensus statements “make up in gender stereotypes what they lack in objective justifications,” the suit says. “The tireless, childless female associate is inadequately ‘fun’ and excessively ‘intense’; the high-performing associate mother of small children is ‘deadline-challenged,’ or lacks ‘commitment.’ ”

The suit alleges violations of Title VII of the Civil Rights Act, the Equal Pay Act and employment-related laws in Washington, D.C., and California.

A Jones Day spokesperson did not immediately respond to the ABA Journal’s request for comment.