A former Jones Day partner in California has filed a lawsuit claiming the firm’s secretive compensation system and subjective performance reviews are designed to hide pay discrimination against women.

Fired partner Wendy Moore claims Jones Day violated California equal-pay and labor laws in the suit filed Tuesday in state court in San Francisco. Moore is currently a partner at Perkins Coie, the Recorder reports. The suit was filed on behalf of Moore and other female lawyers currently and formerly at Jones Day in California. 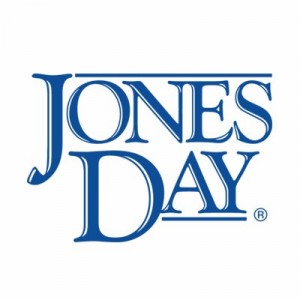 The suit alleges that Jones Day undervalues female lawyers as a result of a “black box” compensation system in which a small group of influential partners sets associate compensation without sufficient controls, transparency and oversight. Partner pay is even more subjective because it is set by managing partner Steve Brogan, with input from small groups of partners, the suit says.

The suit claims there was “an enforced code of silence” regarding associate pay and productivity, and a requirement that partners maintain confidentiality about compensation. As a result, female lawyers were unable to discover and try to equalize their pay. Over the past few months, Jones Day changed its guidelines so that associates are discouraged—but not forbidden—to discuss pay, according to the suit.

The firm offers fewer opportunities for female lawyers because male partners mentor male associates and pass business to them through male-centered social events focusing on athletics, the suit says.

“This male-dominated environment fosters a fraternity culture that centers on male attorneys, their clients, their relationships, and their female conquests,” the suit says. “Male partners often initiate happy hours and pub nights, where conversations center around sporting events, sports stories, and tales of bad-boy behavior at Jones Day’s offices.

“As part of the firm’s fraternity culture, the firm’s male leaders often make sexist comments and rate the attractiveness of female attorneys, paralegals, staff and officers of the firm’s clients. Business development events, too, often center on degrading stereotypes of femininity and cater to a preference for sports and alcohol. Within this environment, female attorneys are undervalued and marginalized.”

Moore alleges she was paid less than male partners performing substantially similar work during her four years at the firm. For several years, the suit says, Moore earned less than a sixth-year associate, James Burnham, who left to work with the Trump administration. A public disclosure revealed that Burnham made $810,000 at Jones Day in a single year, according to the Recorder.

In addition, Moore was told she had to decide whether to join Jones Day as a lateral partner without knowing what her compensation would be, the suit says. She wouldn’t learn the amount until she accepted the offer, and she was told she should not negotiate for money, according to the suit. It took four years of work at Jones Day before Moore reached the pay she had left behind at her former firm.

The suit says Moore raised concerns about the firm’s “misogynist culture” and its support for Donald Trump, and the complaints led to her termination on Feb. 28.

The suit was filed by Sanford Heisler Sharp, which has sued other large law firms for alleged gender bias. Sanford Heisler is currently litigating class action cases against Morrison & Foerster and Ogletree Deakins.

A Jones Day spokesperson did not immediately respond to the ABA Journal’s request for comment.