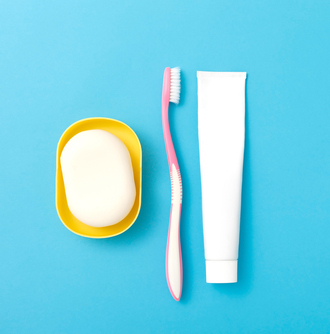 A federal appeals court left intact Thursday an order requiring the government to supply soap and toothpaste to detained immigrant children, even though the items are not specifically mentioned in a 1997 settlement agreement.

The 9th U.S. Circuit Court of Appeals at San Francisco said a judge had properly interpreted the so-called Flores agreement, which requires immigration agencies to keep children in “safe and sanitary” facilities. Law360, Courthouse News Service and the Associated Press have coverage of the Aug. 15 decision, written by U.S. District Judge Marsha Berzon.

“Assuring that children eat enough edible food, drink clean water, are housed in hygienic facilities with sanitary bathrooms, have soap and toothpaste, and are not sleep deprived are without doubt essential to the children’s safety,” the appeals court said. “The district court properly construed the agreement as requiring such conditions rather than allowing the government to decide whether to provide them.”

The 9th Circuit said U.S. District Judge Dolly Gee did not modify the settlement by requiring hygiene items and adequate sleeping accommodations. As a result, the appeals court said it had no jurisdiction and dismissed the appeal.

In June, then-ABA President Bob Carlson said the ABA was “appalled by credible reports of hundreds of children being held in unsafe and unhealthy conditions in violation of federal and state law, court settlements and common decency.” He called on the government to “end this inhumane and illegal treatment of children and provide attorney access to facilities operated by U.S. Customs and Border Protection.”