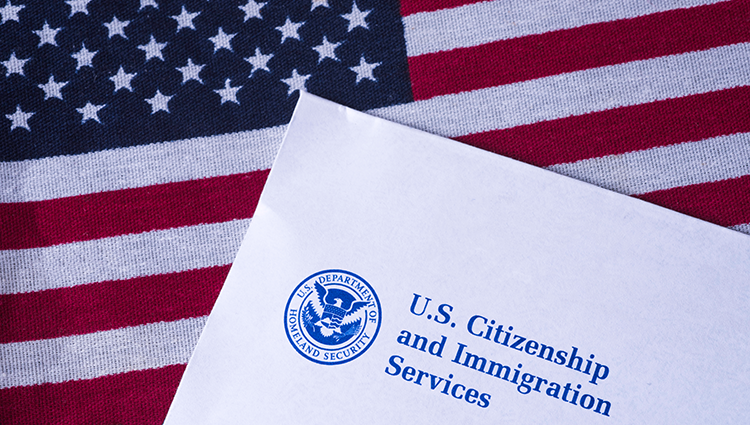 Resolution 103A, sponsored by the Commission on Immigration and several other entities, seeks the protection of noncitizen children and young adults who may be eligible for Special Immigrant Juvenile status. It opposes their removal from the United States once a court has determined they cannot be reunified with a parent because of abuse, neglect or abandonment or returned to their country of origin; and U.S. Citizenship and Immigration Services has approved their SIJ petition.

Wendy Wayne, chair of the ABA Commission on Immigration, introduced the resolution. She explained that SIJ status gives eligible children a pathway to a green card and eventually, citizenship. However, because of delays in the system, children who have been approved for SIJ status may still be deported to their home countries before the process of obtaining a green card is completed.

“These children may be sent back to the home that both a state court judge and the federal government have determined is not in their best interests and could subject them to further abuse,” she said.

USCIS, the Department of Homeland Security agency that adjudicates immigrant petitions and applications, received 16,652 SIJ petitions from 2010 to 2014, according to the report that accompanies the resolution. The agency saw a 475% increase in SIJ petitions in the following five years, receiving 95,901 from 2015 to 2019.

“Most SIJ petitions are granted,” Wayne said. “The increasing number of petitions can be attributed to a growing population of children eligible for SIJ status due to changes in the law in 2008 and an increasing awareness of these types of immigration relief available for children, as well as increased access to representation.”

She explained that the number of immigrant visas available to SIJ beneficiaries is limited by statute. They are subject to a low-preference category of visas and are further limited by a per-country cap. For example, she said, children from Central America and Mexico now have a long waiting list.

The resolution further urges Congress and President Joe Biden’s administration to enact laws and adopt policies that exempt SIJ beneficiaries from limits on visas—or alternatively increase the number of visas available and lift the per-country cap on them; grant deferred action to SIJ beneficiaries; authorize employment upon approval of a SIJ petition; and provide guidance to judges handling cases for SIJ beneficiaries who are waiting for visas to become available.

In the month since his inauguration, Biden has issued a series of executive actions on immigration that aim to overturn policies of former President Donald Trump’s administration. On Feb. 18, congressional Democrats also unveiled the U.S. Citizenship Act of 2021, Biden-backed legislation that seeks to overhaul the immigration system.

Wayne said the bill proposes removal of numerical limitations for other types of visas and urged Congress to do the same for SIJ petitioners.

“Congress needs to propose a permanent solution that meets the demand for visas by Special Immigrant Juveniles,” she said. “Until it becomes a reality, however, DHS and DOJ should use other tools at [their] disposal to protect SIJ beneficiaries from deportation.”

The Commission on Immigration was also the primary sponsor of Resolution 103B, which asks the Department of Justice to use the certification process to rescind certain attorney general opinions and replace them with ones that are consistent with congressional intent, the U.S. Constitution and U.S. treaty obligations.

“In this resolution, we focus on actions that may be properly taken by the DOJ to rectify a body of administrative opinions that misinterpret and wrongfully expand the application of criminal provisions of the immigration laws,” said Wayne, who introduced this resolution also. “These decisions improperly interpret immigration statutes in violation of congressional intent and often in violation of U.S. treaty obligations.

“They have resulted in hundreds of thousands of people being wrongfully detained, deported and denied immigration status.”

Wayne added that immigrants of color have been disproportionately impacted by the improper interpretation and use of certain criminal charges. One study cited in the report that accompanies the resolution found although Black immigrants comprised 7.2% of the noncitizen population in the United States in 2016, they comprised 20.3% of immigrants facing deportation on criminal grounds.

• Criminal dispositions should be interpreted as they were intended by convicting jurisdictions, with respect for both federal and state concerns.

• The plain language of a statute of prior conviction is sufficient to establish the least-acts-criminalized under the federal appellate courts’ categorical approach.

• Criminal bars to asylum and withholding of removal must coincide with treaty obligations.

In speaking in favor of the resolution, Judy Perry Martinez, the immediate-past president of the ABA, shared a story from one of her trips to volunteer at the South Texas Pro Bono Asylum Representation Project in Harlingen, Texas.

She assisted a father who had been separated from his young son and detained upon entering the United States. He had allegedly been charged with disturbing the peace, but upon further research, ProBAR staff realized there was no conviction for the charge.

“As a result, the client had been in detention and separated from his son for no reason while his deportation proceedings were pending,” Martinez said. “If this father had not had this help, because of some of the misinterpretations of law discussed by Wendy and in this resolution report, he would have been presumed to have had a conviction that would have kept him detained and separated for even longer than the six months he was apart from his son.”

The resolution was co-sponsored by the Section of Civil Rights and the Social Justice and Criminal Justice Section.