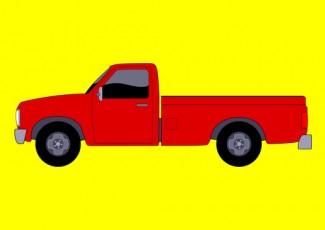 District attorney is accused of hiring his kids, conspiring to steal truck

Lee County, Alabama, District Attorney Brandon Hughes has been charged with illegally hiring his children and lying to a special grand jury and an ethics commission. Hughes is also accused of conspiring to steal a pickup truck by taking a search warrant to a business to force it to release the vehicle. (The Montgomery Advertiser, AL.com, the Opelika-Auburn News, Alabama attorney general press releases here and here)

Lawyers who pointed guns at protesters sue over photo

Husband and wife lawyers Mark and Patricia McCloskey of St. Louis have filed a lawsuit alleging that a wire service photographer trespassed on private property to take a widely used photo of them pointing guns at protesters. The photo has contributed to their “significant national recognition and infamy,” according to the lawsuit, filed against United Press International and photographer Bill Greenblatt. A third defendant is an online print-on-demand company that uses the photo on T-shirts, masks and other items, sometimes paired with mocking captions, according to the suit. (The St. Louis Post-Dispatch, the Nov. 6 lawsuit)

The government official refusing to authorize President-elect Joe Biden’s transition team to obtain funding and access to government offices has a law firm background. The official is Emily Murphy, administrator of the General Services Administration. Murphy was once an associate at the government contracts practice of Wiley Rein and a counsel at Miller & Chevalier. But she spent most of her career on Capitol Hill before President Donald Trump appointed her to lead the GSA. (The National Law Journal)

Five New York appeals judges have filed a lawsuit over their forced retirement, implemented to cut a budget deficit. New York law requires judges to retire at age 70, but they can apply to continue service until age 76. Forty-six judges over age 70 are being forced to retire. (Law360, the New York Law Journal)