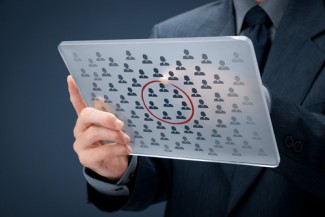 Citing the COVID-19 pandemic, law school deans have asked the ABA’s Section of Legal Education and Admissions to the Bar to push back its law graduate employment data deadline from March to June. The data, which comprises the ABA’s annual employment outcomes, is usually made public in the spring or early summer. The deans’ Feb. 10 letter states that in addition to the pandemic pushing back many bar exams from July to October, it has led to economic shutdowns, which significantly reduced hiring. They also claim that the March deadline was not a reliable “indicator” for how schools were doing even before the pandemic. (The deans’ Feb. 10 letter)

Chicago plaintiffs law firm Edelson has produced two videos that promote its untraditional mold and its successes in court against BigLaw. One video parodies the Hamilton song “Farmer Refuted” as a BigLaw firm pitted against Edelson during recruiting. The other video, “Raise the Bar,” is a rap video featuring Ari Scharg touting the firm’s success in court. (Above the Law, the videos here and here)

Why cop played music while being recorded

A Beverly Hills, California, police officer who played music while being recorded might have been trying to trigger copyright filters that would bar the video from being posted with sound on Instagram, according to Vice. The officer played Sublime’s “Santeria.” Another officer being recorded chose to play “In My Life” by the Beatles. The police department said the videos with music are “under review.” (Vice)

Judge Craig Karsnitz of Delaware has rejected defamation claims by Carter Page, a former adviser to former President Donald Trump. Karsnitz said a Yahoo News article was a fair and accurate report of a government investigation into Trump campaign contacts with the Russian government. And 10 HuffPost articles were protected because Page failed to allege actual malice, Karsnitz said. He also said three articles by HuffPost employees were true, and HuffPost had no liability for seven others under the Communications Decency Act because they were written by third-party contributors. (Law360)