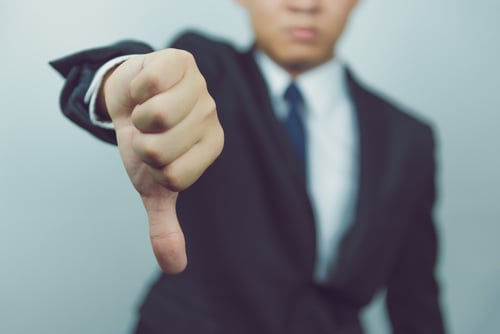 An inmate has been charged with a murder that happened after he was freed under the First Step Act. Joel Francisco had served 14 years in prison for selling crack cocaine when he was freed in February. He is charged in the stabbing death of a man at a Rhode Island hookah lounge. U.S. Rep. Karen Bass, a member of the House Judiciary Committee, views the incident as a tragedy. But she says one criminal act should not be used to evaluate criminal justice reform. (CNN)

Forty-seven former equity partners at the dissolved Sedgwick law firm would pay $1.9 million to resolve the firm’s clawback claims under a joint liquidation plan filed Thursday. The plan was filed by Sedgwick and its creditors in the law firm’s bankruptcy. (Law360, Bloomberg Law)

An Arizona lawyer who has ulcerative colitis hopes to raise money for charity by running seven marathons on seven continents in seven days. Personal injury lawyer Jonathan Negretti is raising funds and awareness for Heather’s Mission, which helps those suffering from Crohn’s disease and ulcerative diseases. His wife is a co-founder of the charity. (AZ Big Media)

An attack ad targets Louisiana Supreme Court candidate Hans Liljeberg for an appeals court decision he wrote in a criminal case. The ad said Liljeberg made a “reckless decision” favoring “a monster” when he vacated the conviction of a man convicted of rape and human trafficking. Although Liljeberg wrote the opinion, the appeals court ruled unanimously. The opinion had found that the trial was tainted by the testimony of a prosecutor who stated his opinion on the defendant’s guilt when he testified about whether he offered a deal to a witness for testimony. On appeal, the Louisiana Supreme Court found that any error was not structural and remanded for a decision on harmless error. (NOLA.com via How Appealing)