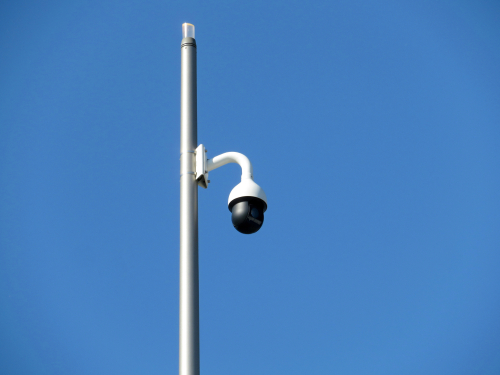 Police officers in Colorado Springs, Colorado, violated the Fourth Amendment rights of a drug suspect when they erected a pole camera to record video of his partly fenced property for three months without obtaining a warrant, the Colorado Supreme Court has ruled.

The state supreme court ruled Monday in the case of Rafael Phillip Tafoya, who faced drug charges after police used the video surveillance to obtain a search warrant that turned up methamphetamine and cocaine.

After his motion to suppress was denied, Tafoya was convicted of two counts of possession with intent to distribute and two counts of conspiracy.

Federal appeals courts are split on the issue of whether continuous, long-term pole camera surveillance constitutes a search, the Colorado opinion said.

The 6th U.S. Circuit Court of Appeals at Cincinnati and the 7th Circuit at Chicago have ruled for police, while the 5th Circuit at New Orleans has ruled that a two-monthslong pole camera surveillance constituted a search requiring a warrant.

In Tafoya’s case, police obtained a warrant to search Tafoya’s home after video twice showed a truck drive into Tafoya’s driveway and behind a gate, where a privacy fence shielded the backyard. The first time, a spare tire was moved from the truck to Tafoya’s garage and then back. The second time, the camera showed Tafoya bend down near the truck’s front tire and then carry two white bags into the garage.

While observing the trucks on live footage, police used features allowing them to change the position of the camera focus and to zoom in and out.

The Colorado Supreme Court acknowledged that the U.S. Supreme Court held in 1986 that it was not a search when police flew over fenced property and observed marijuana plants growing in a yard. But a more recent case in 2012 involving a GPS tracking device, United States v. Jones, suggests that continuous, long-term surveillance implicates a reasonable expectation of privacy, the Colorado Supreme Court said.

“Put simply, the duration, continuity and nature of surveillance matter when considering all the facts and circumstances in a particular case,” the state supreme court said.

In light of the circumstances in this case, use of the pole camera violated the Fourth Amendment, the court said.

“Most significantly, the surveillance occurred continuously over a long period of time; the pole camera not only could see into the backyard, but it also recorded the activities of Tafoya’s backyard all day, every day for over three months,” the court said.

Hat tip to Courthouse News Service and Law360, which had coverage of the case, People v. Tafoya.