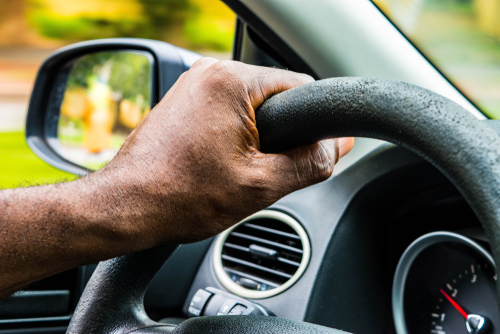 Some states and local communities are instituting checkpoints at their borders, either to warn drivers that they must quarantine or to keep out nonresidents.

The checkpoints are raising constitutional questions, report the Washington Post and the New York Times here and here.

At least one lawsuit has been filed, while the American Civil Liberties Union of Rhode Island called for a change in the state’s checkpoint orders.

States with checkpoints, in addition to Rhode Island, include Florida and Texas. Police officers inform stopped drivers that they must provide an address where they will quarantine for 14 days and warn that they may be visited by health officials.

The states aren’t refusing admission, but some communities are. The Florida Keys and the Outer Banks in North Carolina are allowing admission only to drivers with a local address or proof of residency.

Meryl Chertoff, a professor at the Georgetown University Law Center, told the Washington Post that the Constitution bans states from discriminating against out-of-state residents unless there is no less restrictive way to accomplish a legitimate goal.

If states at some point are able to conduct rapid tests for COVID-19, they could run a spot test and keep out only sick people, said Chertoff, the executive director of the school’s Project on State and Local Government Policy and Law.

“But in the absence of that, these roadblocks are way overbroad and are interfering with the right to travel,” Chertoff told the Washington Post.

Six out-of-state residents who own second homes or rental property in the Outer Banks have filed a lawsuit against Dare County, North Carolina, for its policy preventing them from entering the area, according to the Outer Banks Voice and the Triangle Business Journal.

The lawyer who filed the suit, S. Chuck Kitchen of Raleigh, North Carolina, told the Washington Post that his clients want to access their properties. “Just because you have a state of emergency does not mean that the government can suspend all your constitutional rights,” he said.

The ACLU of Rhode Island is raising concerns about violation of a different constitutional provision in press releases here and here. At first, Rhode Island stopped only drivers with New York license plates but then expanded the stops to all out-of-state drivers.

“Under the Fourth Amendment, having a New York state license plate simply does not, and cannot, constitute ‘probable cause’ to allow police to stop a car and interrogate the driver, no matter how laudable the goal of the stop may be,” said Steven Brown, the group’s executive director, in a March 26 statement.

Also protecting people’s right to enter a state are the commerce clause and a substantive due process right to travel, according to the Volokh Conspiracy.

“But the law has long recognized that a state faced with real danger of contagious disease can restrict these rights,” says Eugene Volokh, the author of the blog post and a law professor at the University of California at Los Angeles.

“When there really is an epidemic, and people from outside a state seem to pose a higher risk than people within the state, I think that, for instance, stopping all cars at the border or all cars with out-of-state plates, and perhaps ordering them to quarantine themselves for some days if they are from outside the state, is likely to be seen as a reasonable seizure,” he said.