Did CFO of Trump Organization act 'in behalf of' company? Fraud conviction appeal will focus on issue 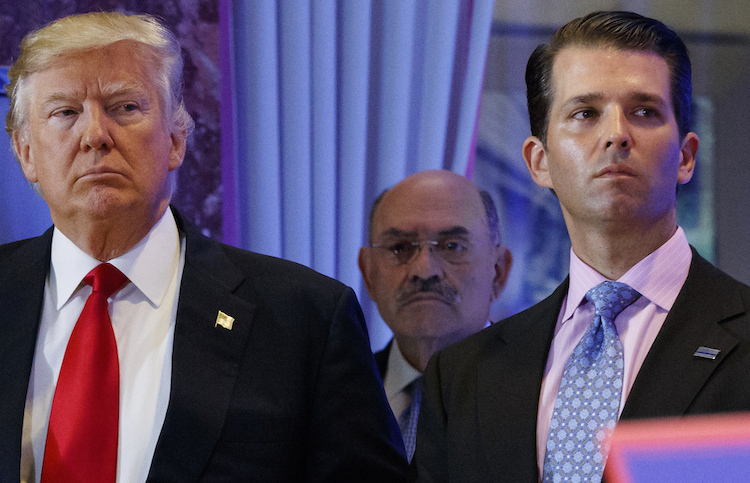 The Trump Organization’s appeal of its tax fraud conviction will partly focus on whether the actions of the chief financial officer were made “in behalf of” the company, according to one of the defense lawyers.

Speaking to reporters after the conviction, lawyer Alan Futerfas for the Trump Payroll Corp. said the meaning of “in behalf of” is a “novel and really interesting issue” that will surely be among the arguments on appeal, CNN reports.

The Trump Corp. and the Trump Payroll Corp.—both doing business as the Trump Organization—were convicted Tuesday by Manhattan, New York City, jurors on all 17 counts, according to Law.com and Law360. The verdict was a victory for Manhattan District Attorney Alvin Bragg, whose office argued that the company committed tax fraud by giving $1.76 million in lavish perks to executives that weren’t reported as income.

To prove their case under New York state law, prosecutors had to show that CFO Allen Weisselberg was a “high managerial agent” who acted within the scope of his employment and “in behalf of” the company, according to CNN.

Weisselberg testified during the trial that his scheme was primarily due to his “greed,” but it also benefited the company because it paid less in payroll taxes. He previously pleaded guilty to 15 felonies for failing to report income.

Futerfas told reporters that the defense “filed a lot of papers” about what the words “in behalf of” mean. “The judge recognized there was not a lot of definition on that at all and surely that will be one of the arguments we will make.”

The defense had argued that the amount of money saved by the Trump Organization as a result of the scheme was negligible, according to Law.com.

During the trial, defense lawyers had used the catchphrase “Weisselberg did it for Weisselberg,” but the refrain was simplistic and didn’t work, according to an unidentified alternate juror who spoke with the New York Times. She said Weisselberg’s actions enriched himself but also were intended to benefit the Trump Organization.

The alternate juror also said defense lawyers had a bullying style that was sometimes inappropriate.

Besides Futerfas, the defense team included Susan Necheles, Michael van der Veen and William Brennan, according to Law.com and Law360. The New York Times interview with the alternate juror did not single out a particular lawyer for criticism.

Prosecutor Joshua Steinglass was allowed to rebut the “Weisselberg did it for Weisselberg” catchphrase with a closing argument that former President Donald Trump sanctioned the tax fraud.

Steinglass said Trump had signed a lease for Weisselberg’s luxury Manhattan apartment. He also said Weisselberg sought a raise from Eric Trump after Donald Trump became president because the company had stopped paying for Weisselberg’s perks.

According to the Associated Press, Steinglass said Donald Trump “knew exactly what was going on.”

The argument led the defense to seek a mistrial on the ground that prosecutors had presented Trump and his oldest children as unindicted co-conspirators, despite promises that they wouldn’t do so. Merchan denied the motion.

Trump called the case a political “witch hunt” and denied knowledge of the fraud in a post on Truth Social, Trump’s social media platform, Newsweek reports.

“This case was about Allen Weisselberg committing tax fraud on his personal tax returns, etc., with he and every witness repeatedly testifying that President Trump and the Trump family knew nothing about his actions, which he admits were done solely for his own benefit, and with no benefit to the two companies,” Trump wrote.