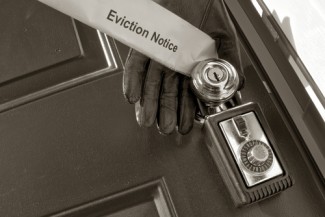 A federal judge in Brooklyn has filed a lawsuit contending that Allstate is trying to force him and his wife to leave the property that they rented after a fire destroyed their home, despite New York’s moratorium on evictions.

The lawsuit, filed April 20 by U.S. District Judge Gary Brown and his wife, says Allstate conducted “a dilatory investigation” of their fire loss claim for six months, insisting that their home could be repaired before acknowledging that it could not.

The foot-dragging delayed demolition and reconstruction, yet Allstate has not enlarged the one-year cap on additional living expenses as earlier promised, according to the suit.

CRS Temporary Housing, the housing company associated with Allstate, told the Browns on March 19 that a notice to vacate had been submitted to their landlord, the suit says. Gov. Andrew Cuomo announced a 90-day moratorium on evictions the next day.

Although the Browns objected to the move-out date, CRS Temporary Housing said the furniture that had been delivered to their rental home was being picked up April 22, according to the suit.

Reconstruction work on the Browns’ home has stopped because of the COVID-19 pandemic, the suit says.

“Allstate asserts it is ‘working to keep our customers and communities safe and healthy as we change our routines to slow the spread of COVID-19,’ and is ‘committed to making sure you have the support you need during these challenging times,’ ” the suit says.

“But by attempting to coerce the Browns to vacate their rental home in the middle of the COVID-19 pandemic, Allstate and CRS have cavalierly placed the Browns’ health and safety in jeopardy, ignored Allstate’s own commitment to enlarge the time for the Browns to remain at the rental home, and ignored the existing moratorium on evictions in New York state,” the suit says.

The suit alleges breach of contract, promissory estoppel, breach of the implied covenant of good faith and fair dealing, and deceptive practices.

The case has been assigned to a judge outside Brooklyn.

Brown was previously a federal magistrate judge. He was nominated to the federal judgeship by President Barack Obama and President Donald Trump. He was confirmed in December 2019.