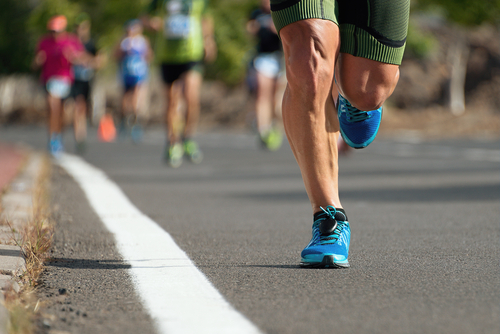 Jill Karofsky plans to be sworn in as a Wisconsin Supreme Court justice Saturday during a break in a 100-mile ultramarathon.

Karofsky told supporters in an email Tuesday that she can’t host a big party for her inauguration because of the COVID-19 pandemic.

Instead, she will take the oath of office 35 miles into the ultramarathon through south central Wisconsin, report the Associated Press and the Wisconsin Examiner.

Karofsky told Runner’s World in an April article that she has been running since she was 10 years old. Karofsky ran her first marathon in 1988 and moved on to ultrarunning in the late 1990s.

Karofsky’s morning run—sometimes requiring her to wake up at 3:45 a.m.—helped her deal with the stress of the campaign. She also relied on a runner’s mentality to keep pushing herself, even when it was unclear whether the COVID-19 pandemic would allow the April election to proceed.

“It felt like I was at the end of an ultra, with black toenails and extremely tired legs, and I didn’t know where the finish line was,” Karofsky told Runner’s World. “But I’ve learned that when nothing’s working at the end of the race, all you can do is keep going forward. It’s amazing how we have an ability to push through things we don’t think we can do.”

Karofsky plans to start running this Saturday at about 6 a.m. and to be sworn in between 1 p.m. and 2 p.m. She will then resume the ultramarathon, which is expected to take her about 30 hours to complete.