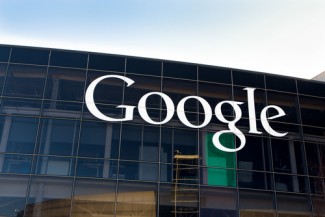 French regulators have dealt a blow to Google’s hopes of limiting the scope of the “right to be forgotten.”

The New York Times reported on Monday that French data protection agency Commission Nationale de l’Informatique et des Libertes (CNIL) has handed down an expansive ruling bolstering a privacy decision issued last year by Europe’s top court, the European Court of Justice. That decision gave individuals the right to have links or websites about them removed from search engine results: the so-called “right to be forgotten.”

Google had argued in July that the scope of the right to be forgotten decision applies only to Europe.

“If the CNIL’s proposed approach were to be embraced as the standard for Internet regulation, we would find ourselves in a race to the bottom,” the company said in its July request that CNIL withdraw the order. “In the end, the Internet would only be as free as the world’s least free place.”

Google has said that, while it will honor requests for links or websites be removed from Google’s search results page, those requests would be restricted to European domains only. CNIL, however, disagreed and ruled that Google must remove the links across all of its domains, worldwide.

In a statement on its website, CNIL stated that in order to comply with the ruling, it only made sense that the links be removed from all of Google’s worldwide domains.

“If this right was limited to some extensions, it could be easily circumvented: In order to find the delisted result, it would be sufficient to search on another extension (e.g. searching in France using google.com), namely to use another form of access to the processing,” CNIL said in its statement. “This would equate stripping away the efficiency of this right, and applying variable rights to individuals depending on the internet user who queries the search engine and not on the data subject.”

CNIL also said that the right to be forgotten was not absolute and would be balanced with the public’s right to know—especially when the subject is a public figure. CNIL also denied it was applying French law extraterritorially, stating that “it simply requests full observance of European legislation by non-European players offering their services in Europe.”

“We’ve worked hard to implement the right to be forgotten ruling thoughtfully and comprehensively in Europe, and we’ll continue to do so,” the company said in a statement on Monday. The company has previously said that a single country or region should not control what other parts of the world can and can’t see.