Greek lawyer qualified for the Olympics without realizing it

A Greek lawyer who runs marathons didn’t know he had qualified for the Rio Olympics until he checked out a list of the athletes who would be competing for his country.

The Athens lawyer, 30-year-old Michalis Kalomiris, says he was surprised to see his own name on the list when he checked it out in early May, Ekathimerini.com reports in a story picked up by Yahoo Sports and the Washington Post.

Kalomiris had unknowingly qualified in the Rome Marathon in March 2015. His time was 10.5 minutes too slow to qualify, but his eighth-place finish was enough to get him into the Olympics. Kalomiris says it was rainy and cold on marathon day, and “better athletes in the race decided to give up.”

After Kalomiris discovered he had qualified, he asked his law firm for a three-month leave to intensify his training. “When I asked if I could take three months off at the office, they were ready to support me. It was very important because it spared me the anxiety that I was letting them down,” he told Ekathimerini.com. 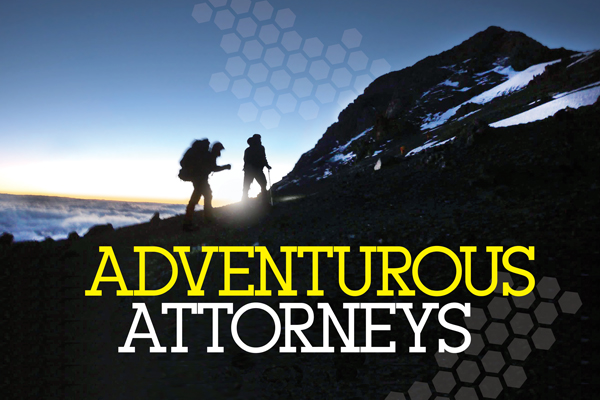 Not content to remain indoors and at a desk, these attorneys have turned to nature to nurture their bodies and souls.

Have you had a great outdoor adventure? Send us your photos and stories at [email protected] for possible inclusion in this gallery.

Previous:
Judge is admonished for 'highly inappropriate' exchange with defendant

Next:
Police officer is convicted of manslaughter in shooting outside Wal-Mart