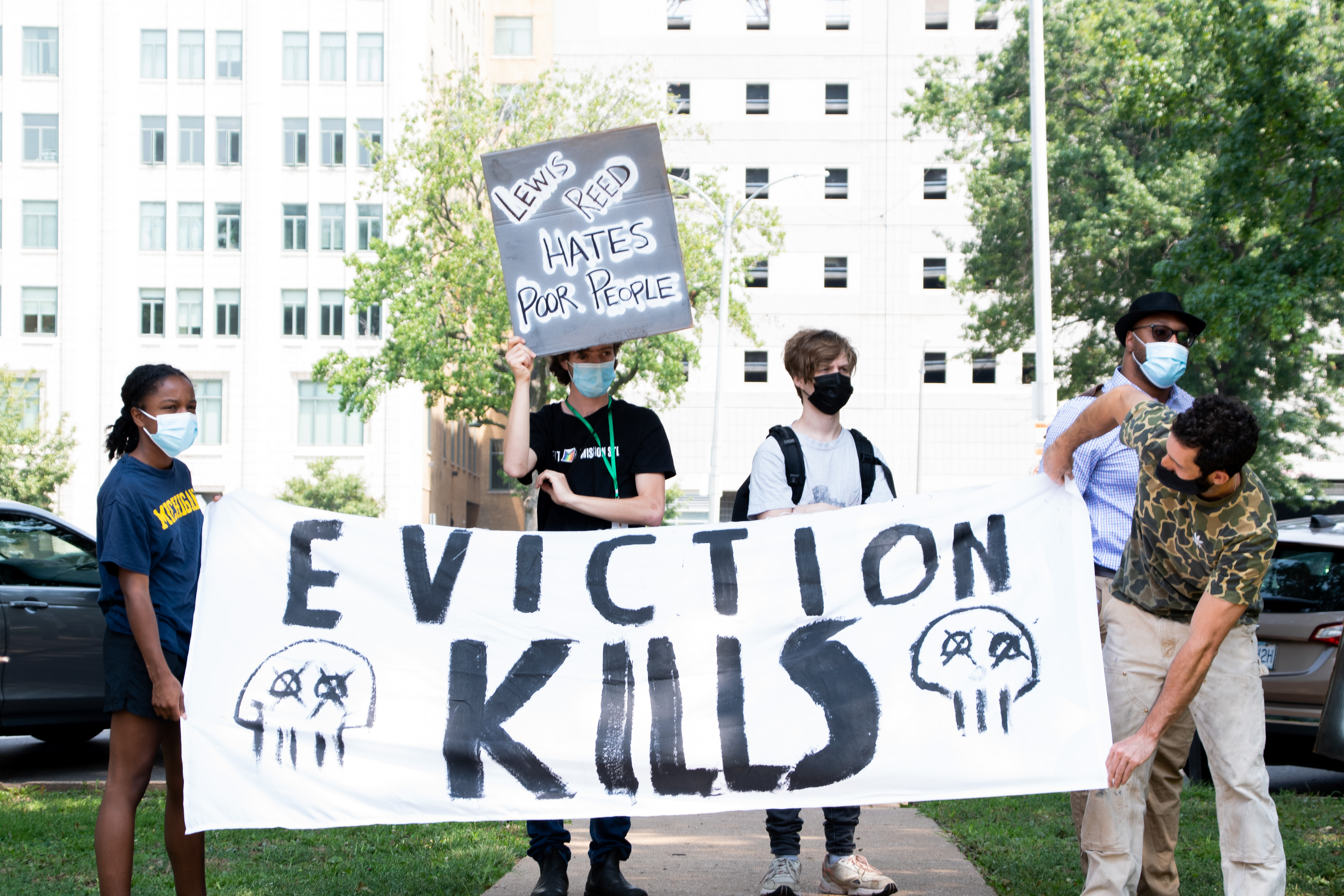 Protesters in St. Louis state their opposition to the end of the federal eviction moratorium. Image from Shutterstock.

A federal judge in Washington, D.C., on Friday refused to block the federal government’s latest eviction moratorium even as she indicated doubt it would survive on appeal.

The latest moratorium by the Centers for Disease Control applies only in counties experiencing high levels of coronavirus transmission, which currently includes about 91% of U.S. counties.

Friedrich said she was bound by previous decisions by the U.S. Court of Appeals for the D.C. Circuit and the U.S. Supreme Court that allowed a previous federal eviction moratorium to remain in place pending an appeal on the merits.

But Friedrich noted the Supreme Court had kept the previous moratorium in place with five votes. Justice Brett Kavanaugh, who provided the critical fifth vote, had said he believed the moratorium should continue to allow for continued distribution of rental assistance funds. But he indicated he thought the CDC had exceeded its statutory authority by imposing the moratorium.

Friedrich said the court’s “hands are tied,” despite Kavanaugh’s explanation of his vote. “Circuit precedent provides that the votes of dissenting justices may not be combined with that of a concurring justice to create binding law,” she said.

Landlord groups that challenged the moratorium are asking the D.C. Circuit to block the moratorium, CNN reports. The case is Alabama Association of Realtors v. U.S. Department of Health and Human Services.

Friedrich ruled a day after the U.S. Supreme Court blocked a portion of New York’s statewide eviction moratorium. The blocked provision generally allows tenants to pause an eviction by self-certifying they are experiencing financial hardship as a result of the COVID-19 pandemic.

The Supreme Court’s order blocked enforcement of the self-certification provision pending appeal. The provision “generally precludes a landlord from contesting that certification and denies the landlord a hearing,” the Supreme Court said in its unsigned order. “This scheme violates the court’s long-standing teaching that ordinarily ‘no man can be a judge in his own case’ consistent with the due process clause.”

The order noted that New York landlords did not seek a stay of other provisions of the New York eviction moratorium, which is set to expire at the end of August.

In a dissent, Justice Stephen G. Breyer said he would have left the provision in place. He was joined by Justices Sonia Sotomayor and Elena Kagan.