Judge says landlord should pay $17K for threatening to call ICE on tenant; decision could be a first 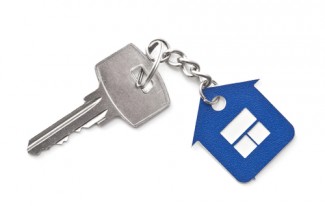 An administrative law judge in New York City ruled earlier this month that a landlord should pay a $5,000 fine and $12,000 in damages for threatening to call U.S. Immigration and Customs Enforcement on a tenant who was in the country illegally.

The decision is thought to be the first housing case in the country in which an individual was fined for threatening to call immigration authorities, according to the New York City Commission on Human Rights.

CNN and the Wall Street Journal have coverage.

Spooner ruled Sept. 12 on behalf of the tenant, Holly Ondaan, an immigrant from Guyana who didn’t get her green card until July 2018. The case was brought by the human rights commission.

The landlord, Dianna Lysius, sent harassing texts and emails even before Ondaan stopped paying rent in October 2017, the tenant told police. But the texts increased after that date, Ondaan said.

Lysius sent Ondaan a text Jan. 11 that said she would call ICE on Ondaan if she didn’t pay rent right away. Later she sent Ondaan a link to an article about ICE officers raiding 7-Elevens.

“HAVE MY MONEY OR IM CALLING ICES [sic] THAT DAY PERIOD,” one of the messages read.

Ondaan moved out of the apartment in October 2018. A housing court decision the prior month found that Ondaan was liable for nearly $7,000 in back rent.

Spooner is an administrative law judge for the Office of Administrative Trials and Hearings, which handles cases by the human rights commission and other New York City agencies.

Spooner’s decision doesn’t take effect before the parties have time to submit comments and the city human rights commission issues a final decision, according to CNN. Lysius can then file an appeal.

Lysius told the Wall Street Journal she never sent the texts and emails. “Everything in that report is false,” she said. She vowed to appeal.