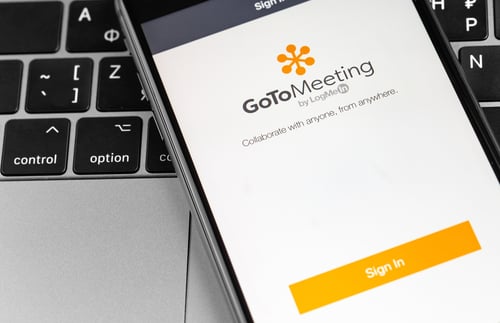 An Arizona lawyer has consented to a two-month suspension after he was accused of using the chat function on GoToMeeting to coach his client during a virtual trial.

Ryan Patrick Claridge was ordered to complete the suspension and a two-year probationary period in a Jan. 21 final judgment, Law.com reports. The suspension begins March 1.

Claridge was accused of sending messages to a divorce client during cross-examination by her estranged husband in Maricopa County, Arizona, superior court in September 2020.

Judge Suzanne Marwil was present in the courtroom, while the other parties participated through GoToMeeting, according to the agreement for discipline by consent.

Marwil didn’t discover that Claridge appeared to be coaching his client until she reviewed the chat. Claridge’s messages directed his client “to provide specific, substantive answers to specific questions that were being asked of her,” according to the agreement for discipline by consent.

Marwil told Claridge to stop. Claridge agreed but allegedly said to the judge: “It would be the same as if I shook my head in the courtroom.”

Claridge conditionally admitted that he violated ethics rules regarding fairness to an opposing party; conduct involving fraud, deceit or misrepresentation; and conduct prejudicial to the administration of justice.

Claridge’s lawyer, Donald Wilson Jr., told Law.com that Claridge has taken responsibility and admitted that his conduct was inappropriate. Wilson said Claridge is a young lawyer, and the incident happened at the beginning of the COVID-19 pandemic, when “we were all wrestling with protocols for video hearings.”