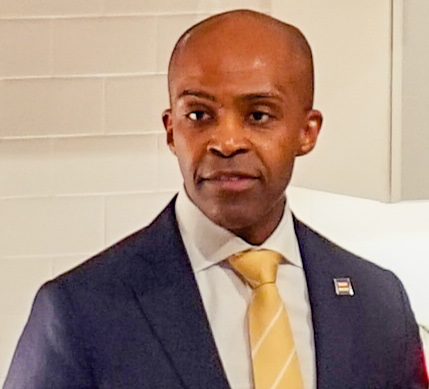 The former president of the Human Rights Campaign filed a lawsuit Thursday alleging that he was underpaid and fired because he is Black.

Alphonso David, a lawyer and openly gay Black man, says in his Feb. 3 lawsuit he performed well as president of the Human Rights Campaign, leading to a five-year contract in July 2021 that gave him a 30% raise. Yet he was told he was being fired for cause in September, depriving him of the benefits of the contract.

David says he did nothing wrong to justify his firing, which came amid news that he advised aides responding to sexual harassment allegations against then-New York Gov. Andrew Cuomo.

The Washington Post and Law.com have coverage; a press release is here.

David was hired as the HRC’s president in 2019 after working as chief counsel to Cuomo. David was fired after he shared personnel records of Cuomo’s first accuser with the governor’s office, according to prior coverage by NPR. David said he had an obligation to share the documents with his former client.

He also acknowledged reading a draft letter undermining the sexual harassment claims, but he did not sign it, according to the Washington Post and NPR. He did, however, agree to seek others who would sign the letter.

In his lawsuit, David alleges that the HRC’s staffers had described the organization as a “white men’s club” in which staffers of color were denied advancement and high-level positions. The suit includes several examples of alleged bias.

The suit alleges that the HRC’s co-chairs acknowledged during contract negotiations that David was underpaid for the prior two years, compared to his white predecessor, because of his race.

The suit also alleges that a white board member of the HRC criticized David after he delivered a speech about race, telling him something to the effect of, “We all know you’re Black; why do you keep telling us that?”

And the suit claims that an official of the HRC expressed concern about alienating white donors after David caused the group to issue a statement supporting Black Lives Matter and the movement for racial justice.