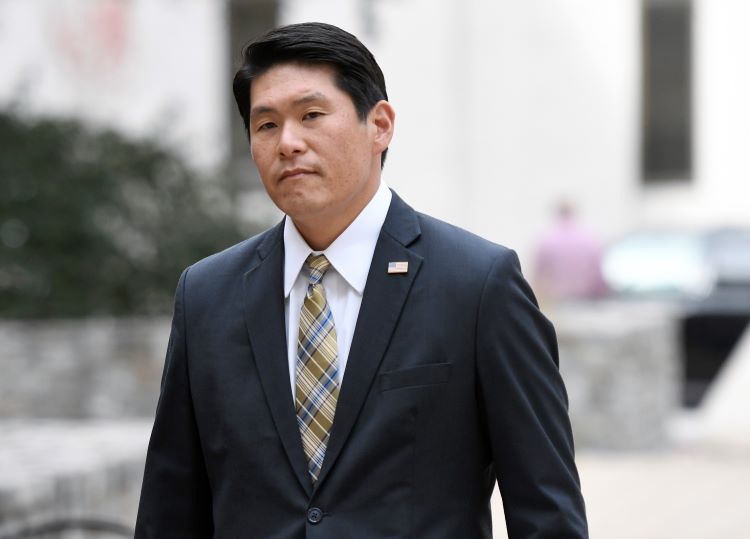 Lawyer Robert Hur in Baltimore in November 2019. U.S. Attorney General Merrick Garland on Jan. 12 appointed Hur as a special counsel to investigate the presence of documents with classified markings found at President Joe Biden’s home in Wilmington, Delaware, and in the office space of Biden’s former institute. Photo by Steve Ruark/The Associated Press.

U.S. Attorney General Merrick Garland announced Thursday that he is appointing a partner at Gibson, Dunn & Crutcher as the special counsel to investigate whether any person or entity violated the law in connection with classified documents found at President Joe Biden’s home and office.

The special counsel is Robert K. Hur, a former U.S. attorney for the District of Maryland during the Trump administration.

Hur “made a name for himself as U.S. attorney in Maryland, prosecuting the former mayor of Baltimore, the former police commissioner of Baltimore, delegates and a state senator,” Miller said. He also investigated two employees of the National Security Agency who carried out classified documents.

Hur “is very adept at how to navigate the care, handling, proper handling of classified information and where the lines are between the crime,” Miller said.

Hur is co-chair of Gibson Dunn’s crisis management group, according to a biography posted by the University System of Maryland. Before serving as U.S. attorney from 2018 to 2021, Hur was the principal associate deputy attorney general for the U.S. Department of Justice from 2017 to 2018.

In his Justice Department role, Hur was the principal deputy to Deputy Attorney General Rod Rosenstein, and he oversaw the work of former special counsel Robert Mueller, Bloomberg Law reports.

Hur “knows what he’s getting into because he’s seen it before,” Rosenstein told Bloomberg. “Rob understands the need to ignore politics and focus on what matters.”

Earlier in his career, Garland said, Hur was an assistant U.S. attorney in Maryland, where he prosecuted matters that included violent crime and financial fraud. He was also a lawyer with the DOJ’s criminal division, where he worked on counterterrorism, corporate fraud and appellate matters.

Hur is a Stanford Law School graduate who went on to clerk for Judge Alex Kozinski of the 9th U.S. Circuit Court of Appeals at San Francisco and for Chief Justice William H. Rehnquist.

Garland said he was confident that Hur would carry out the investigation “in an even-handed and urgent manner.”

Publications with the news include CNN, the Washington Post, the New York Times and Politico. 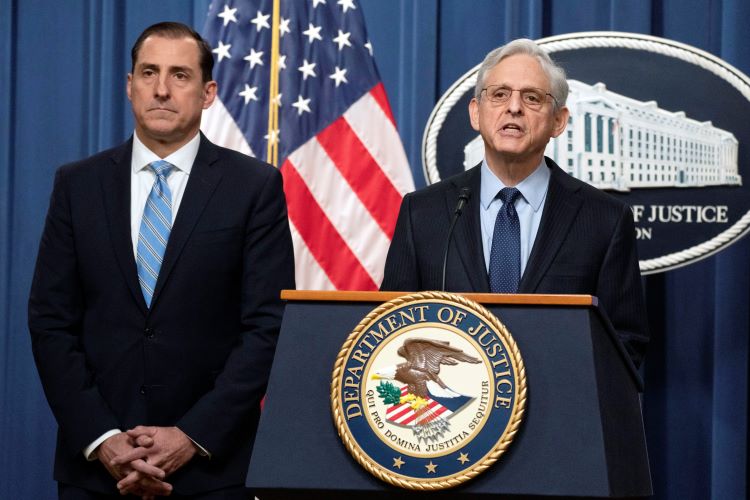 U.S. Attorney General Merrick Garland speaks during a news conference at the Department of Justice on Jan. 12 regarding the appointment of Robert Hur as a special counsel, as John Lausch, the U.S. attorney in Chicago, looks on. Photo by Manuel Balce Ceneta/The Associated Press.

In the press conference announcing the appointment, Garland said the National Archives and Records Administration’s Office of Inspector General contacted a prosecutor at the DOJ on Nov. 4 and informed him that documents with classified markings were found at the office of the Penn Biden Center for Diplomacy and Global Engagement, an institute that Biden started after leaving the vice presidency in 2017.

• On Nov. 9, the FBI began an assessment to understand whether classified information had been mishandled under federal law.

• On Dec. 20, Biden’s personal counsel told Lausch that additional documents with classified markings were found in the garage of Biden’s private residence in Wilmington, Delaware. The records were from the time that Biden served as vice president.

Garland has also appointed a special counsel, veteran prosecutor Jack Smith, to oversee two probes involving former President Donald Trump. Smith will investigate interference with the transfer of power in connection with the 2020 presidential election and the handling of classified documents found at Trump’s Florida home, as well as the possible obstruction of that investigation.

According to CNN, Hur issued a statement following his appointment by Garland.

“I will conduct the assigned investigation with fair, impartial and dispassionate judgment. I intend to follow the facts swiftly and thoroughly, without fear or favor, and will honor the trust placed in me to perform this service,” Hur said.

Richard Sauber, special counsel to Biden, issued a statement following the appointment of Hur, according to CNN.

“We are confident that a thorough review will show that these documents were inadvertently misplaced and the president and his lawyers acted promptly upon discovery of this mistake,” Sauber said.

Updated on Jan. 13 to include information from Bloomberg Law.