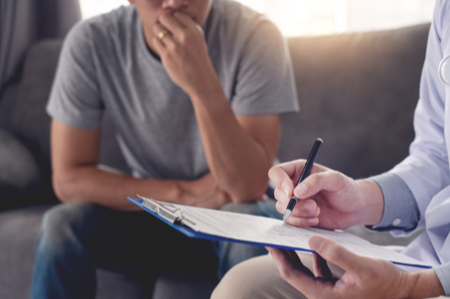 Bar applicants in New York will no longer have to answer questions about mental health conditions or treatment history as a result of action by the state’s court system.

New York is the 11th state to remove questions about mental health from the bar application, according to a press release and news story by the New York State Bar Association. The state bar had suggested the change. The New York Law Journal has coverage.

New York Chief Judge Janet DiFiore announced that the question was being dropped in her 2020 State of the Judiciary address Wednesday.

“After study, the question has been found to have an adverse impact on law students in need of mental health services,” DiFiore said. “Students have avoided treatment for fear of the negative effect it may have on their bar admission.”

The eliminated question read: “Do you currently have any condition or impairment including but not limited to a mental, emotional, psychiatric, nervous or behavioral disorder or condition, or an alcohol, drug or other substance abuse condition or impairment or gambling addiction, which in any way impairs or limits your ability to practice law?”

Applicants who answered yes were required to supply additional information.

A new question will replace the old one. It reads: “Within the past seven years, have you asserted any condition or impairment as a defense, in mitigation or as an explanation for your conduct in the course of any inquiry, any investigation, or any administrative or judicial proceeding by an educational institution, government agency, professional organization, or licensing authority; or in connection with an employment disciplinary or termination procedure?”

The ABA House of Delegates weighed in on the issue in August 2015, when it passed a resolution urging lawyer licensing entities to focus on behavior rather than diagnoses when asking about mental health.