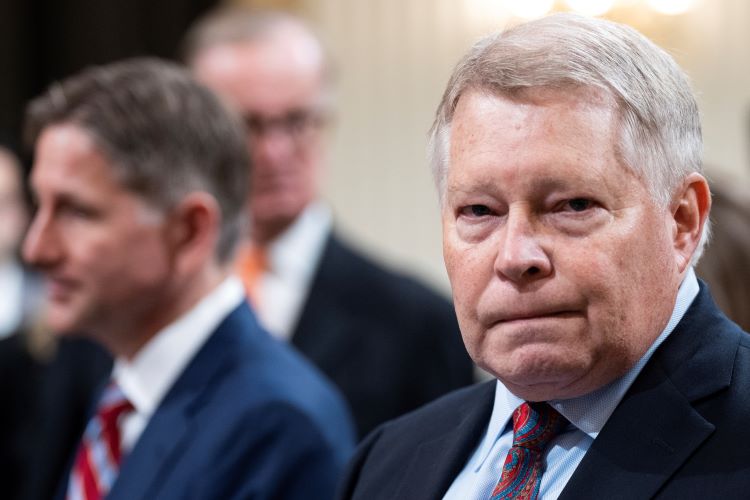 “I believed I had an obligation to the select committee and to the country, first to formulate … then to measure … and then … to meter out … every … single … word … that I spoke … , carefully … exactingly … and … deliberately, so that the words I spoke were pristine clear and would be heard, and therefore understood, as such,” Luttig said in a June 18 Twitter thread.

Luttig, a conservative former judge on the 4th U.S. Circuit Court of Appeals at Richmond, Virginia, had testified that Jan. 6, 2021, was “a war for America’s democracy” that was “irresponsibly instigated” by former President Donald Trump, his allies and supporters. His prepared remarks are here, while NPR has coverage here.

Luttig had advised then-Vice President Mike Pence that he didn’t have the constitutional authority to reject the 2020 presidential election results.

An opinion column from the Washington Post described Luttig’s testimony as “slow and methodical.” There was speculation that Luttig was in poor health or a stroke survivor, according to the Focus.

Joe Hagan, a writer for Vanity Fair, said in a June 16 Twitter thread Luttig “treats every line of his testimony like he’s engraving it on a national monument. And frankly, he really is engraving it for history. And he seems to know it. … He’s speaking to history, not TV.”

Hagan got it right, Luttig said on Twitter and in an interview with Politico’s Playbook. Raw Story has coverage of Luttig’s tweets.

Politico’s Playbook posted an essay written by Luttig in which he reflects on the Capitol assault and Pence’s brave stand.

“Jan. 6 was a war for America’s democracy,” Luttig wrote in the essay. “It was an immoral war instigated and prosecuted by Donald Trump and his political party allies and supporters. … On Jan. 6, 2021, the vice president of the United States performed what was but his constitutional duty, but he did so in a moment when another might not have, saving our democracy from certain peril.”