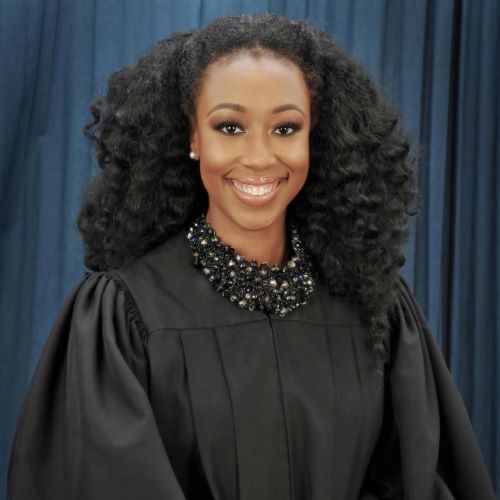 Court employees deny that a Dallas County, Texas, judge authorized her court coordinator to impersonate her during an online hearing in August.

In sworn statements, the court coordinator, the court reporter and the bailiff all denied the allegations against Judge Amber Givens, report WFAA and the Dallas Morning News.

The employees backed Givens’ account that she didn’t participate in the online hearing because of technical difficulties, but she appeared by speaking on her court coordinator’s speakerphone at the beginning of the hearing, the publications report.

The Dallas Criminal Defense Lawyers Association had alleged that the court coordinator led the entire hearing in a November complaint filed with Texas’ State Commission on Judicial Conduct. The group alleged that Givens’ picture appeared during the Zoom call, although the person conducting the hearing was court coordinator Arceola Warfield.

Warfield’s affidavit said Givens informed her of technical difficulties and asked her to start the call with Givens’ credentials. Givens called Warfield in the courtroom by speakerphone and participated in the hearing via speakerphone, Warfield said.

Warfield said she informed participants about the technical difficulties. According to Warfield and the other court employees, Givens spoke at the beginning of the hearing and said she agreed to reduce bail in a probation violation case. Givens then said she would leave the call, and Warfield would read the bond conditions, according to Warfield.

Warfield also said she corrected an attorney who called her “judge.” The Dallas Criminal Defense Lawyers Association had said there was no correction.

After Givens said she was leaving the call, Warfield said, “Let’s go on the record,” which was intended as a joke, she said in her affidavit. Going on the record indicates that a hearing should be transcribed by a court reporter.

The association has previously filed complaints about Givens’ conduct in online proceedings, according to WFAA. One complaint said she stared down someone on the call while asking them to change their tone. A second complaint said Givens had talked in a “belittling and condescending tone.” A third said she made “a conspicuous facial expression” toward a defense attorney, which appeared to mock him or indicate that she did not believe him.