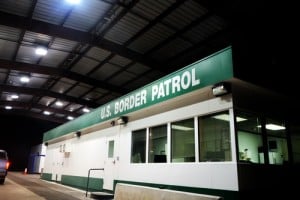 The U.S. Supreme Court ruled Tuesday that the family of a Mexican teen fatally shot by a U.S. Border Patrol agent can’t sue for damages over the cross-border shooting.

The Supreme Court ruled 5-4 that the family did not have an implied right to sue under Bivens v. Six Unknown Named Agents of the Federal Bureau of Narcotics.

The case is Hernández v. Mesa.

The 1971 Bivens decision had found an implied right of action to sue federal officials who violate the constitutional ban on unreasonable searches and seizures.

In Tuesday’s opinion by Justice Samuel A. Alito Jr., the Supreme Court said it would not extend Bivens to allow damages lawsuits for cross-border shootings because of their distinctive characteristics.

“The Constitution’s separation of powers requires us to exercise caution before extending Bivens to a new ‘context,’ and a claim based on a cross-border shooting arises in a context that is markedly new,” Alito wrote.

“Unlike any previously recognized Bivens claim, a cross-border shooting claim has foreign relations and national security implications. In addition, Congress has been notably hesitant to create claims based on allegedly tortious conduct abroad.”

The case stemmed from the 2010 fatal shooting of 15-year-old Sergio Adrián Hernández Güereca, who was fatally shot after running from the U.S. side of the border in Texas into Mexico.

His family maintains that the teen was playing a game with friends that involved touching a fence of the U.S. side of the border then running across a culvert onto the Mexican side. The border agent says the teen had tried to cross the border illegally and had pelted him with rocks. The boy’s parents sued in federal court in Texas.

This is the second time the case reached the Supreme Court. The first time the Supreme Court returned the case to the 5th U.S. Circuit Court of Appeals at New Orleans. At that time, the high court said the claimed Bivens remedy should be evaluated based on a recent decision finding that immigrants detained after the Sept. 11, 2001, terrorists attacks had no implied right of action to sue.

On remand, the 5th Circuit ruled that the boy’s family could not sue. The 9th U.S. Circuit Court of Appeals at San Francisco reached the opposite result in a similar case involving a Border Patrol agent in Arizona.

The Supreme Court affirmed the 5th Circuit’s dismissal of the family’s lawsuit.

Bivens and those two decisions “were the products of an era when the court routinely inferred ‘causes of action’ that were ‘not explicit’ in the text of the provision that was allegedly violated,” Alito said.

“In later years, we came to appreciate more fully the tension between this practice and the Constitution’s separation of legislative and judicial power,” he added.

Like the original Bivens case, the Hernández case involved an unreasonable “seizure,” this time through the use of lethal force, Ginsburg said. If Hernández had been struck by the bullet on the U.S. side of the border, his family would have been allowed to sue under Bivens, she said.

“The only salient difference here: the fortuity that the bullet happened to strike Hernández on the Mexican side of the embankment. But Hernández’s location at the precise moment the bullet landed should not matter one whit,” she said.