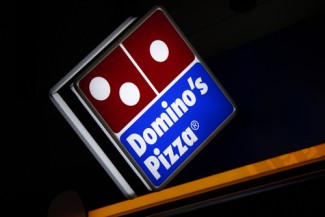 The U.S. Supreme Court declined Monday to hear Domino’s Pizza Inc.’s appeal over its website and mobile app and whether they are required to comply with federal disabilities law.

With its order, the high court let stand a decision by the 9th U.S. Circuit Court of Appeals in San Francisco, which held in January that Guillermo Robles, a blind man, could sue the national pizza chain under the Americans with Disabilities Act if its website and mobile app did not work with common screen-reading software.

Bloomberg (in stories here and here) and CNBC have coverage.

The law does not explicitly address the internet or mobile apps, leaving courts around the country to decide how the law applies to commercial websites.

Domino’s Pizza argued in its appeal that only physical facilities were bound by the public accommodation provision of the ADA. It said companies were not required under the law to make their websites and mobile apps fully accessible if they offered customers with disabilities other options for accessing the goods and services, such as a telephone hotline.

Bloomberg reports that this case is one of the first to test how the ADA applies to online shopping and ordering.