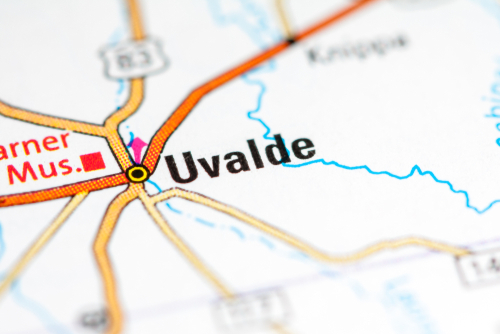 Even though police waited on the scene for about an hour before the gunman was shot, police are unlikely to face liability because of U.S. Supreme Court decisions and governmental immunity, report Law & Crime, the Boston Herald, the New York Daily News, the Insurance Journal via Bloomberg and WFAA.

Nineteen children and two adults were killed in the May 24 shooting. The chief of police for the school district ordered officers to hold off because he thought that the gunman had barricaded himself in the room and was no longer an active shooter, according to coverage by the New York Times.

The Supreme Court held that government generally has no duty to act to save lives in the 1989 decision DeShaney v. Winnebago County Department of Social Services, according to Law & Crime. In that case, child welfare officials failed to intervene to protect Joshua DeShaney, who suffered a brain injury in a beating so severe that he was expected to remain institutionalized for his life.

DeShaney’s lawsuit, filed under Section 1983 of the federal civil rights statute, had alleged that the failure to act deprived DeShaney of his liberty in violation of the 14th Amendment’s due process clause. The Supreme Court found no violation.

“Nothing in the language of the due process clause itself requires the state to protect the life, liberty and property of its citizens against invasion by private actors,” the Supreme Court said in the case.

The Supreme Court also found no liability in the 2005 decision Castle Rock v. Gonzales. In that case, Jessica Gonzales pleaded for police in Colorado to find her estranged husband after he abducted their three children. Police didn’t act, even though Gonzales had obtained a restraining order against the man.

The husband was shot dead when he opened fire at a police station. The three children had been killed.

Lawsuits under the Texas Tort Claims Act are also unlikely because the act wouldn’t apply to the situation in Uvalde, legal experts told Bloomberg in the story published by the Insurance Journal. As a result, police will be protected by the doctrine of sovereign immunity.

The 11th U.S. Circuit Court of Appeals at Atlanta agreed in December 2020 that public safety and school officials had no duty to protect students during the mass shooting that killed 17 people at a high school in Parkland, Florida, Education Week reported at the time.

A trial judge had dismissed most claims but allowed the lawsuit against school resource officer Scot Peterson to proceed because of his special relationship with students, Reuters reported in its story on Uvalde liability issues. But the judge later granted summary judgment in favor of Peterson, according to Education Week.

The 11th Circuit said defendants couldn’t be sued unless there was a “custodial relationship” or their conduct was “arbitrary” or “conscience shocking.”

A judge had allowed families of Parkland, Florida, victims to sue the FBI for failing to act on tips about the gunman. The U.S. Department of Justice reached a settlement in the case in November 2021, NPR reported at the time.

“The police were doing what police do,” said Dick DeGuerin, a Houston criminal defense lawyer, in an interview with Bloomberg. “They may have been terribly negligent in how they did it. But it’s got to be more than negligence, it’s got to be a policy fault” to establish civil liability.

Cogdell agreed with that assessment.

“Unless the Uvalde chief of police has a written policy that says, ‘Wait an hour before you go in and rescue the kids,’” a wrongful death suit won’t succeed, Cogdell told Bloomberg.

Updated June 2 at 8:20 a.m. to include information on court decisions regarding the shooting in Parkland, Florida.