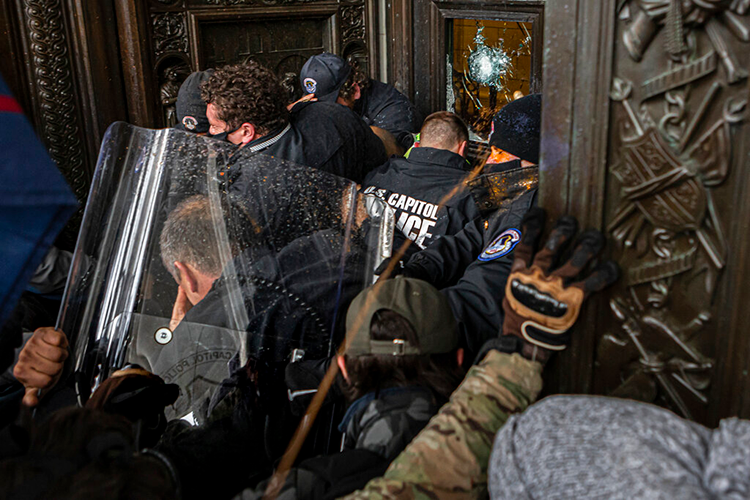 Seven Capitol police officers have sued former President Donald Trump, far-right groups, Stop the Steal rally organizers and others. The Aug. 26 lawsuit alleges violation of the Ku Klux Klan Act, which allows civil suits against those who conspire to use “force, intimidation or threat” to prevent officials from upholding the duties of their office. The plaintiffs are represented by the Lawyers’ Committee for Civil Rights Under Law. (Reuters, Law.com, BuzzFeed News, the lawsuit)

South Dakota Attorney General Jason Ravnsborg on Thursday pleaded no contest to misdemeanor charges in connection with a September 2020 crash that killed a pedestrian. The charges are making an illegal lane change and using a phone while driving. Ravnsborg has said he didn’t stop because he believed he hit a deer. He will have to pay $500 for each of the two counts along with court costs of about $3,700. (the Associated Press, Reuters)

Marc Elias of Perkins Coie among 14 lawyers forming own firm

Democratic election lawyer Marc Elias is among 14 lawyers leaving Perkins Coie to form a new law firm, the Elias Law Group. The group is made up of 11 partners, including Elias, and three counsels. The move comes after a federal appeals court sanctioned Elias and his legal team for a “redundant and misleading” motion in election litigation. Perkins Coie said it strongly disagreed with the sanction decision. (Perkins Coie, Bloomberg Law, Law360, Law.com)

Nirvana sued by man who was naked baby on album cover

A man who was the naked baby pictured on the cover of Nirvana’s 1991 Nevermind album has filed a lawsuit alleging violation of child pornography laws. The album shows Spencer Elden, now 30, submerged in water, apparently swimming to reach a dollar bill on a fishhook. Elden says his parents never authorized use of the image on the album cover and neither did he. His parents received $200 from the photographer. Elden’s lawyer told Law360 the 10-year statute of limitations doesn’t bar the suit because the image is still being distributed with each new album sold. (Law360, the New York Times, the Washington Post, Variety)