Now that the COVID-19 vaccine has full approval from the FDA, how will employers respond?

Updated: Todd Zywicki had the coronavirus in March 2020, and the George Mason University Antonin Scalia Law School professor says if the vaccine was available then, he would have gotten it to avoid getting sick.

But now that it’s easily obtainable, and his employer is requiring it, the bankruptcy professor doesn’t want it. According to him, his physician claims he has natural immunity demonstrated with antibody tests.

On August 3, Zywicki filed a lawsuit against the university, alleging its policy violated his constitutional right to refuse unnecessary medical treatment. Although the university granted him a medical accommodation, Zywicki in an Aug. 16 interview told the ABA Journal he plans to go forward with his U.S. District Court for the Eastern District of Virginia action. “[My lawyers and I] felt we had to file a lawsuit regardless of whether they granted an exemption, based on differential treatment between vaccinated and unvaccinated individuals. The validity of the complaint was not related to whether they granted an exemption or not,” he told the ABA Journal.

A university spokesperson told the ABA Journal in an email the school does not comment on ongoing litigation. The New Civil Liberties Alliance, which represents Zywicki, on Aug. 17 sent out a news release stating Zywicki had a medical accommodation from the university. The release also criticized the university for continuing “to refuse to recognize” the vaccines are medically unnecessary for individuals with natural immunity.

“For this reason, NCLA continues to explore litigation against GMU,” the release stated.

On Aug. 20, Zywicki’s attorney Matthew Hardin filed a motion to dismiss, which the court granted.

On Monday, the FDA gave full approval to the Pfizer/BioNTech Covid-19 vaccine, CNN reports. It applies to individuals who are 16 years old and older, according to the article. The development will lead to more businesses making the vaccines a condition of employment, say employment lawyers interviewed by the ABA Journal. Infection rates increased between late June and July 27, according to the Centers for Disease Control and Prevention, and the agency claims vaccines are effective at helping protect people against severe disease and death from the virus, including the delta variant.

But there’s also a sense mandatory vaccine policies could be difficult for employers—particularly when employees are not seeking religious or medical accommodations and instead fall into the “I don’t want to” group, says Timothy Davis, a partner with California’s Burke, Williams & Sorensen.

“There, the analysis for the employer really gets at how critical is it? Can they do without this group of employees?” he asks.

Zywicki’s lawsuit is one of nine employment cases filed by employees challenging COVID-19 vaccine policies, six of which have been dismissed, according to the Network for Public Health Law website.

Prior to the the FDA giving full approval for the Pfizer vaccine, various federal agencies issued guidance. Employees who do not get COVID-19 vaccines due to a disability covered by the Americans with Disabilities Act, or a sincerely held religious belief addressed in Title VII of the Civil Rights Act, are entitled to accommodations, providing it’s not an undue hardship on the employer’s business operations, the U.S. Equal Employment Opportunity Commission wrote in a May 2021 guidance.

Also, in a July 6 memorandum opinion, the U.S. Department of Justice wrote that the Food, Drug and Cosmetic Act does not prohibit businesses from requiring COVID-19 vaccines as a condition of employment, even without full approval.

Among employers introducing or considering new COVID-19 vaccine policies for employees are the U.S. Department of Defense, which is seeking presidential approval for mandatory vaccines; Delta Airlines, where vaccinations are required for new hires in the U.S.; and Walmart, which in July announced its employees who work at its headquarters must be vaccinated, according to the Associated Press. 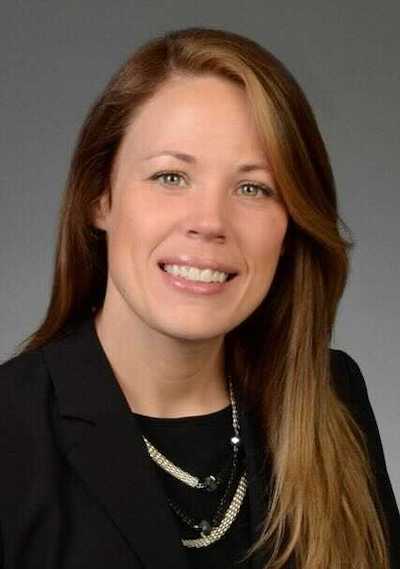 Implementing mandatory vaccine policies may require additional administrative resources, which could be burdensome for some employers, says Desiree Busching, a senior counsel with Akin Gump Strauss Hauer & Feld. Another approach could be to strongly encourage employees to get the vaccine and to make short-term “courtesy accommodations” available to anyone who doesn’t want to get vaccinated, she adds.

“The general recommendation is to find out how many employees are vaccinated and how many are not. That information helps employers decide if they want to implement a mandatory vaccine requirement,” says Busching, who practices in New York City.

Other lawyers suggest a stronger approach. Some even think employers could get around granting religious exemptions for COVID-19 vaccines on the basis that having unvaccinated workers creates an undue hardship. In 1977, the U.S. Supreme Court found in Trans World Airlines v. Hardison that anything more than a de minimis cost to employers regarding religious accommodations would be an undue hardship.

“I think it is clear that the government has a compelling interest in requiring vaccination. But it is certainly an undue hardship to expose your other workers to unvaccinated spreaders of the pandemic. So yes, employers can require vaccination,” Douglas Laycock, a University of Virginia School of Law professor and church-state scholar, told the ABA Journal in an email. He has served as lead counsel in six U.S. Supreme Court cases regarding religious freedom.

Also, the Supreme Court in April denied two cert petitions, Small v. Memphis Light, Gas & Water and Mitche Dalberiste v. GLE Associates, asking that Hardison be overruled. Both appeals were brought by employees who sought work schedule accommodations, based on their religious beliefs. Laycock submitted an amicus brief on behalf of the petitioner in Small v. Memphis, arguing that the court should grant cert. He argued Title VII does not define “undue hardship,” and the Hardison opinion does not represent the most likely interpretation of the federal law.

James G. Hodge, a law professor who also directs Arizona State University’s Center for Public Health Law and Policy, says many national employers went forward with requiring COVID-19 vaccines as a condition of employment before the FDA gave full approval. He disputes the idea that policy implementation could be burdensome.

“It’s a five-minute exchange. The employee uploads the card into the HR system, and guarantees they are telling the truth,” Hodge says.

Updated Aug. 23 at 5:25 p.m, with information that Todd Zywicki filed an Aug. 20 motion to dismiss his lawsuit, which the court granted.