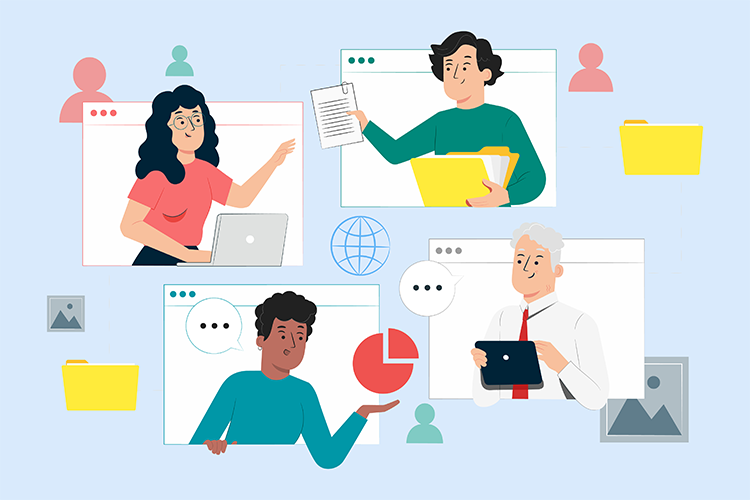 Since March 2020, most law firms and legal organizations have adapted to the COVID-19 pandemic by allowing their employees to work remotely and transition to more flexible hours. For some lawyers with disabilities, teleworking has brought significant benefits, including increased access to their clients and colleagues and to more job opportunities.

Britney Wilson, an associate professor and the director of the Civil Rights and Disability Justice Clinic at New York Law School, hopes legal employers keep this in mind as they develop return-to-office policies. Recent studies have shown many employees enjoy their new arrangements and either don’t want to return to the office or would prefer a hybrid schedule. 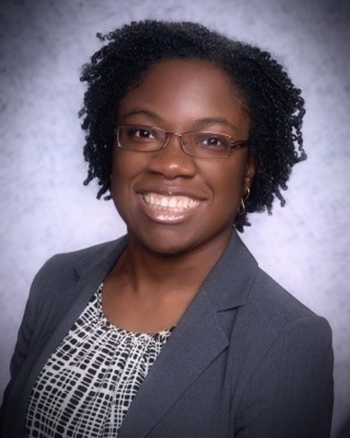 “We’re hearing a lot about the ‘return to normal,’ and I think the entire disability community has critiqued that notion because normal has never been accessible,” says Wilson, who has cerebral palsy. “I don’t want to see the lessons we’ve learned from this pandemic just be ignored. I hope that we can incorporate them into our return to normal.”

She uses crutches and an electronic scooter and relies on a paratransit service to get to work. Prior to the pandemic, she crossed New York City twice a day but spent a lot of time waiting for rides that were either late or never showed up.

Wilson saved hours by working from home and continues to do so three days a week. She commutes to the law school when her class meets, but otherwise she researches and writes briefs for her federal class action cases on her own computer.

“We realized that we never needed to be in an office, sitting next to one another, to do that,” Wilson says. “You’re at your computer, whether it’s at home or in the office. The technology is there, and it has always been there.” 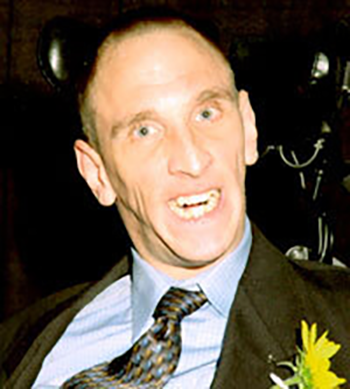 Sean Pevsner has benefited from the use of technology his entire life. The partner at Whitburn & Pevsner in Arlington, Texas, has severe cerebral palsy and operates a motorized wheelchair through head movements. He also uses an interpreter or a specialized computer to do his work because of quadriplegia.

During the pandemic, he has attended all of his court hearings, mediations and client meetings via Zoom. He says it has made his job easier and hopes legal employers and courts continue to allow parties to communicate via teleconference.

“The Zoom technology may transform the legal field,” says Pevsner, who is a member of the ABA Commission on Disability Rights. “Attorneys with physical disabilities will probably benefit from this in that we would not need travel to courthouses for hearings or oral arguments.”

Angélica Guevara, an assistant professor of business law and ethics at Indiana University, describes herself as a “very proud neurodivergent Latina.” She works with an academic coach who reads emails and articles to her because she can’t fully comprehend and retain written information. She also needs to spend one day without stimuli each week.

She previously worked with the U.S. Department of Labor and connected with long-distance colleagues through Zoom. She can’t spend too much time on the platform because it gives her headaches, but says she appreciates when colleagues understand her need to turn off the camera. 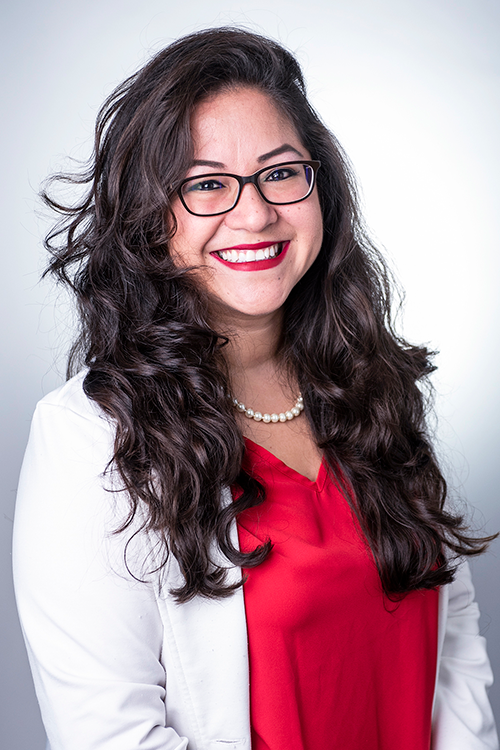 Guevara, who is also a member of the Commission on Disability Rights, notes that not everyone wants to work remotely. But she is happy to see more people with non-apparent disabilities, such as multiple sclerosis or epilepsy, talk to their employers about the importance of flexible work arrangements. In the future, many people who contracted COVID-19 and experience long-term lung or heart damage or neurological symptoms may also need to ask for work accommodations.

“Every person, even the ones who don’t have disabilities, is already asking for accommodations, but they don’t call it that,” she says. “In other words, ‘Can I take Fridays off if I go ahead and work extra hours Monday through Thursday?’ They just see that as a perk of the job.

“I wish they would see it as accommodating human variation. People should be able to ask for what they need in order to be productive.”

The question of whether people with disabilities will be protected under the Americans with Disabilities Act if they do request telework is top of mind for many legal scholars, including Arlene Kanter, the founder and director of the Disability Law and Policy Program at Syracuse University College of Law. 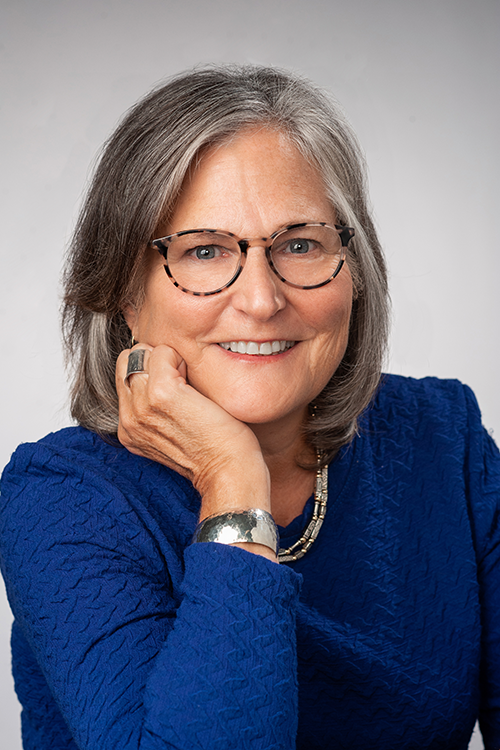 For a forthcoming article in the Cornell Law Review, she examined cases from nearly every federal appellate court in the past decade that centered on whether working from home was considered a “reasonable accommodation” under the ADA. She found most courts ruled in favor of employers in those cases.

“Now that new technologies have allowed so many of us to work from home during the current COVID-19 pandemic, it is time to call for a new right to remote work under the ADA,” Kanter says. “With more remote work opportunities, jobs for individuals with disabilities will open up, especially for those people with disabilities who had been unable to get to work because of inaccessible transportation or who are simply not able to work in an office from 9-5.”

What might the workplace look like for lawyers with disabilities after the pandemic? To commemorate National Disability Employment Awareness Month, the Commission on Disability Rights and Section of Civil Rights and Social Justice hosted a webinar on Oct. 18 to explore that topic.

Joanne Christopher, the senior human resources manager in Reed Smith’s Pittsburgh office, said there was previously a lot of skepticism when people requested telework arrangements. But that attitude has changed as lawyers have proven they are productive at home.

“That is very helpful, I think, to a lot of people with disabilities,” she said. “I also think that this is going to open the door for broader accommodations discussions going forward, not only for physical disabilities but also in the mental health space.”

Anat Maytal told attendees she is hard of hearing, but when using Zoom, she can see her clients and colleagues clearly and either lip-read or access automatic captions during their conversations. While the BakerHostetler associate hopes to still hold some virtual meetings, she cautioned legal employers against limiting options for lawyers with disabilities.

“We can’t use these accommodations as a reason to keep people who have disabilities in a reduced role,” said Maytal, who is based in New York City. “That’s not what we want. We want these employees with disabilities to be part of our workforce in the most optimal and integrated way possible.”

She encouraged employers to provide computer-assisted real-time transcription for people who are deaf or have hearing loss during in-person meetings and events. She said they should also ensure their workspaces are accessible to employees who use wheelchairs. 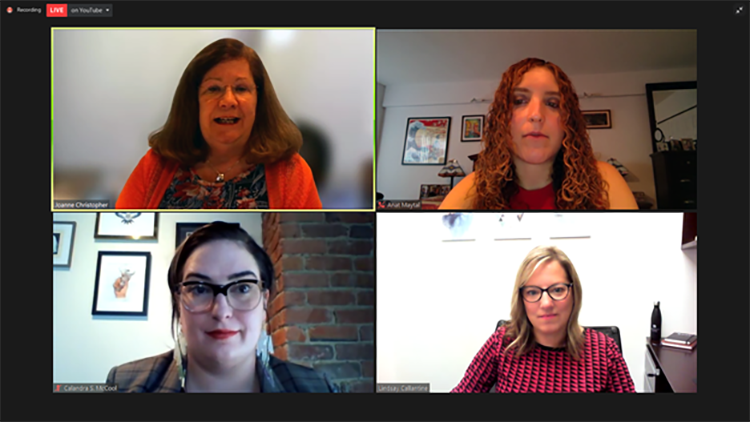 Calandra McCool, an associate at Big Fire Law & Policy Group near Omaha, Nebraska, said she expects improvements in technology will make it easier to host meetings with remote and in-person attendees. McCool, who is autistic and an enrolled member of the Citizen Potawatomi Nation, often uses Zoom or Microsoft Teams to talk with her colleagues, about half of whom work from reservations or tribal areas nationwide.

“Hybrid meetings are rough,” McCool said. “We have found that even if some of us are in Omaha or one of our other offices, it’s still easiest if everyone is in their offices and making an individual call and just participating entirely on the web platform. I think that’s a kink that could be worked out.”

Moderator Lindsay Callantine called on legal employers to alleviate some concerns with hybrid office models by proactively setting up integration plans for all employees that include frequent check-ins and monitoring from human resources or recruiting staff.

“It’s up to an organization to really do everything they can possibly do to not leave anyone behind,” said Callantine, the national director of legal recruiting in Seyfarth Shaw’s New York City office. “I think that’s especially important when we’re talking about our employees with disabilities … who may have a different set of accommodations and may be working remotely or may have a hybrid schedule.”

ABA Journal: “How one law firm plans to embrace remote work—even after reopening its offices”

ABA Journal: “Thanks to the COVID-19 pandemic, law firms are starting to embrace virtual offices—but will it last?”