As of Dec. 3, the five jurisdictions with emergency diploma privilege precipitated by the COVID-19 pandemic had announced plans for a remote bar exam in February 2021.

Louisiana scheduled a remote open-book bar in February, according to a Nov. 25 state supreme court order. The other four jurisdictions—Washington, D.C.; Utah; Oregon; and Washington—have announced remote Uniform Bar Exams, which are offered by the National Conference of Bar Examiners.

None of the jurisdictions has yet released plans for July 2021 admissions, but law school deans in those regions are telling third-year students to plan for a bar exam, which could be in-person or online. Also, state supreme courts in some jurisdictions have appointed task forces to study the issue.

“There are some important questions being answered about how we license attorneys. Students go into immense debt to pursue a law degree, and then they have to pay more money to study for the bar exam. I didn’t think it was a good system when I was a student, and the time has come to reexamine how we do this,” says Jacob Rooksby, the dean of Gonzaga University School of Law. He also co-chairs the Washington Bar Licensure Task Force, which was announced in a Nov. 20 order from the state supreme court. 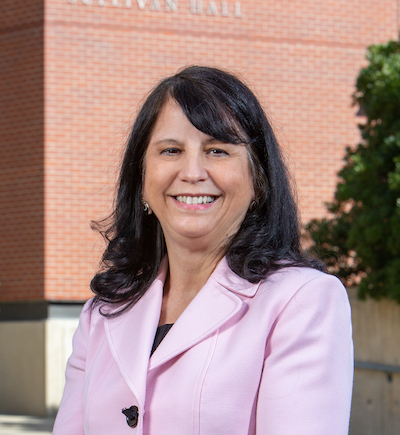 Annette Clark, the dean of the Seattle University School of Law.

Annette Clark, the dean of the Seattle University School of Law, in a Nov. 24 letter to the Washington Supreme Court asked that it consider various alternatives to a February bar exam, including having temporary diploma privilege again. Clark told the ABA Journal she’s not surprised the court opted for the remote February bar because the NCBE announced the exam’s availability in October, and that gave courts much more planning time than they had during the summer.

Her letter also asked the court to temporarily lower its 268 cut score to 266 in the event of a February 2021 exam, which it did.

Octavia Carson, a 2020 graduate of Thomas Jefferson School of Law who has been active with the national advocacy group United for Diploma Privilege, says the organization had many people advocating for diploma privilege in Washington, but that dropped off after it was granted in June.

“A lot of us started our jobs already and started moving around the country. We will continue, and our advocacy will get bigger in 2021; we’re definitely moving forward full steam. We’re trying to get more people involved who weren’t even students at the time to be part of the movement,” says Carson, who works for the U.S. Board of Immigration Appeals as part of the U.S. Department of Justice’s Honors Program. Carson, who uses the pronoun they, says they qualify for attorney privilege in Washington, D.C., and will apply for it in January. They also plan to take California’s February 2021 bar.

Deborah Jones Merritt, a professor at the Ohio State University Moritz College of Law, was one of 11 academics who in March authored a working paper asking states to consider diploma privilege for 2020 law school graduates, as well as supervised practice. She also recently co-authored an Institute for the Advancement of the American Legal System study focused on minimum competencies needed to practice law.

“I hope that all jurisdictions will learn from their experiences in July and February, reviewing their experience with different approaches and setting up task forces to consider the most valid forms of licensing. At the same time that states faced the pandemic, new research emerged about lawyer competence and licensing approaches,” Merritt wrote in an email to the ABA Journal.

Also, the NCBE is working on preliminary recommendations from its Testing Task Force, which since January 2018 has conducted listening sessions about the bar exam’s content, format, timing and delivery method. The recommendations are expected to be released in December and submitted to the group’s board of trustees in January, says Kellie Early, the NCBE’s chief strategy officer.

Meanwhile, the Utah Supreme Court, which in April was the first jurisdiction to grant temporary diploma privilege, said in a statement that the summer offering has “sparked a larger conversation” about bar admissions. The court recently appointed a working group to study the issue and make recommendations.

Gordon Smith, the dean of Brigham Young University’s J. Reuben Clark Law School, says he is not surprised Utah is planning for a February 2021 online bar exam, and he’s been telling third-year students that they should assume there will be a July 2021 bar.

“The question is, as they study what happened in the past year, is there enough interest in doing something permanent,” he says, noting that only one jurisdiction, Wisconsin, has set diploma privilege in place for in-state graduates. Since five jurisdictions offered emergency diploma privilege over the summer, he adds, courts can now better evaluate whether attorney licensure without a bar exam impairs people’s abilities to work as competent lawyers.

“My sense is there’s absolutely no difference at all, but it’s worthy of trying to get to the bottom of it,” Smith says.

In May, the Louisiana Supreme Court had plans for a modified one-day in-person bar exam. The following month, it announced a remote bar as an additional option, according to the court’s website. But by July, Louisiana faced a rapidly growing coronavirus infection rate, particularly among young adults, and ILG Technologies, which was the software provider for the state’s remote bar exam, was having significant delivery problems, Lockridge says.

The July order granted emergency admission for qualified candidates; conditions included graduating no earlier than December 2019 from an ABA-accredited law school and not sitting for a bar exam previously.

“Part of the advantage is we know more about what’s doable and safe now,” says Lockridge. When asked what her third-year students think about most likely having to take a July 2021 bar exam, she says they’ve adapted to pandemic changes remarkably well.

“They may look at last year’s class and say, ‘Oh gosh, why do I have to take a bar exam and they did not?’ but they also recognize they are not going to get kicked off campus unceremoniously in March like last year’s class did; they will just have this really different experience. Life will keep going, and things will be OK,” Lockridge says.

ABAJournal.com: “How are things working out for 3 Utah law grads seeking diploma privilege?”