State board of law examiners are requiring that people who wish to sit for the October online bar exam take and submit mock exams. However, these mock exams are causing computer problems for some, and software provider ExamSoft is providing little if any assistance, according to people planning to take the exam.

On Thursday, California and New York announced that they extended the deadline to submit mock tests, which in both jurisdictions was previously Sept. 18. The California deadline is now Sept. 23, and New York’s is Sept. 22.

The online test will be the first to use National Conference of Bar Examiners materials. Various jurisdictions switched from in-person to online bar exams because of the coronavirus pandemic, and it’s been reported that 30,000 people are signed up to take the test, scheduled for Oct. 5 and Oct. 6.

On Wednesday, before New York changed its deadline, 2020 Columbia Law School graduate Zachary Jones told the ABA Journal he had contacted the ExamSoft help desk eight times since Monday, with no response. He also claims a staff member at the New York Board of Law Examiners told him other test-takers have had similar problems.

“At this point, I am afraid that I will have to go out and purchase a new laptop on a credit card and cross my fingers that it will allow me to use [the software] so that I can submit this mock exam before Friday,” he wrote in an email, adding that he also may need to pay another $100 licensing fee when he downloads the software on new computer.

John McAlary, executive director of the New York State Board of Law Examiners, told the ABA Journal in a Sept. 17 email the agency is aware some applicants have had technical issues as well as long wait times for tech support phone calls, and the agency has asked ExamSoft to increase phone line support

But he also claims the problems affect few candidates, and 90% of them already had completed the registration steps.

“We will reassess the status of registration on Monday and if we find that there are still applicants who have not been able to reach ExamSoft support, we will consider whether the deadline shall be extended further before any decision is made to withdraw an applicant from the bar exam for failure to complete the registration process,” he wrote.

Solana Gillis, who is signed up for Illinois’ October exam, told the ABA Journal the bar exam software freezes and shuts off her machine within three minutes of starting the mock test. She called the ExamSoft help desk multiple times and was kept on hold for a long time but eventually got through to someone who helped her fix the problem, she wrote in email.

The person she spoke with said other people previously had contacted ExamSoft about the same problem, according to Gillis, a 2020 University of Michigan Law School graduate.

“The fact that the issue I was experiencing was something that was already known and reported could have been communicated to applicants ahead of time,” she wrote. 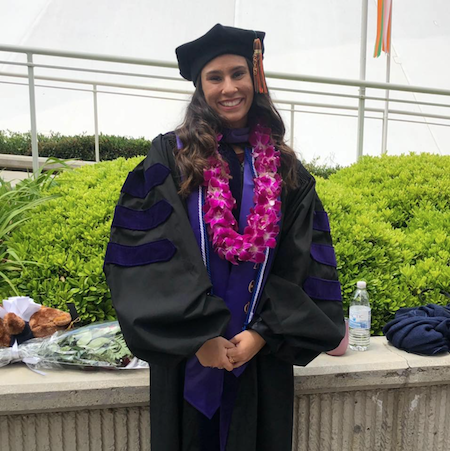 Jennifer Stanley, a 2019 graduate of the University of La Verne College of Law.

Jennifer Stanley, a 2019 graduate of the University of La Verne College of Law planning to take the California bar, also contacted ExamSoft several times this week. She’s been on hold for as long as three hours per call, she says, and was eventually told by ExamSoft she was having problems because she had exceeded the mock test downloads and uploads requirement.

ExamSoft said the state bar would need to delete those, according to Stanley. She claims her state bar calls go straight to voice mail, or if she does reach a person, they say they will call her back with a solution. That hasn’t happened yet, she adds, and missing the Sept. 18 deadline is a significant concern.

Donna Hershkowitz, the State Bar of California’s interim executive director, in a statement wrote that the agency takes these matters seriously and is working with ExamSoft to address them.

Judith Gundersen, president of the National Conference of Bar Examiners, declined to comment about mock exam complaints. In an email to the Journal, she wrote that ExamSoft was in a better position to make a statement because they work directly with the jurisdictions and examinees. ExamSoft did not respond to an ABA Journal interview request.

The reported problems are not a surprise to some. Various jurisdictions with online summer bar exams had technology issues, and exam software provider Extegrity in July pulled out of the October online exam because founder and chief executive officer Greg Sarab thought there were too many risks.

On Sept. 14, deans at 15 ABA-accredited California law schools asked the state supreme court to switch its October testing format to an open-book format with no remote proctoring. Among their concerns were racism, the COVID-19 pandemic, California fires, which have dislocated many test-takers, and “a nontrivial risk of significant technical issues or snafus.”

Nan Lan, a 2020 SMU Dedman School of Law graduate who is signed up to take Texas’ October online exam, hasn’t had any problems with the exam software. She thinks that’s probably because she bought a new laptop specifically for the test.

According to Lan, who has a chemical engineering degree and previously worked in technology implementation, the software “takes over your entire computer.” She thinks there will be issues with the actual exam.

“The amount of examinees that would pass under normal circumstances but fail the online exam through no fault of their own will not be insignificant. It could work, but maybe only for a small portion of people. A lot of stakeholders are willing to take that risk, but if it doesn’t work for a lot of people, the risks are too high,” Lan told the Journal.

When companies roll out software, it never works the first time, according to Jeff Offutt, a George Mason University computer science professor. He adds that some bugs could be found by testing on people who don’t plan to take the October bar exam.

“The point is to find the problem. The question is, will they find enough problems so they can fix it in time to actually have a successful launch when it goes live? Ideally, you want to run a test like this until it works,” Offutt says.