Second Loss for Rep. Madison Cawthorn: 4th Circuit revives claim that he is an insurrectionist unfit for office 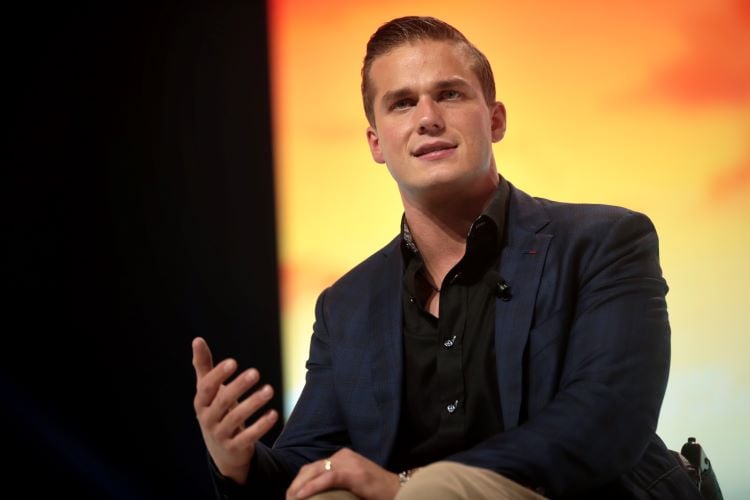 Congress didn’t give amnesty to future insurrectionists who are barred from office under the Constitution’s disqualification clause, a federal appeals court ruled Tuesday.

The 4th U.S. Circuit Court of Appeals at Richmond, Virginia, ruled against Republican U.S. Rep. Madison Cawthorn of North Carolina in his bid to block a voter challenge to his qualifications. The voters had argued that Cawthorn was disqualified from office because he encouraged the violent mob that stormed the U.S. Capitol on Jan. 6, 2021.

Even though Cawthorn lost in the May 17 primary, the 4th Circuit said the case wasn’t moot because the winner hasn’t been certified yet.

The 14th Amendment’s disqualification clause, added to the Constitution in 1868, bans office holders who “engaged in insurrection or rebellion” or aided the enemy.

Four years later, Congress passed a law providing that “all political disabilities imposed” by the disqualification clause “are hereby removed from all persons whomsoever,” with some exceptions.

The issue before the 4th Circuit was whether the 1872 Amnesty Act applied to past and future insurrectionists.

The appeals court said future insurrectionists weren’t covered, which is “consistent with the statutory text and context.”

The word “imposed” is past tense and “backward-looking,” the appeals court said. “It refers to things that have already happened, not those yet to come.” And the word “removed” reinforces the conclusion, the 4th Circuit said.

“In the mid-19th century, as today, that word generally connoted taking away something that already exists rather than forestalling something yet to come,” the appeals court said.

The May 24 decision vacates a preliminary injunction for Cawthorn entered by a district court and reverses its decision finding that the amnesty law protected Cawthorn.

The 4th Circuit added that it is expressing no opinion on whether Cawthorn actually engaged in insurrection or rebellion.

Richardson argued that only the U.S. House of Representatives can determine the qualifications of its members.

Hat tip to Reuters, the Volokh Conspiracy, Law.com, BuzzFeed News and Bloomberg Law, which had coverage of the opinion, Cawthorn v. Amalfi.